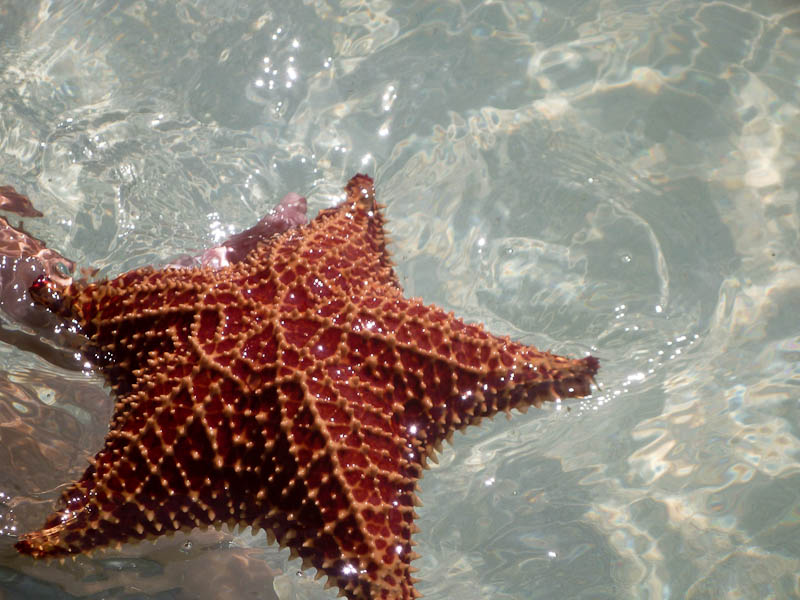 It’s rainy season here. I”ve said it in so many articles so far. Until now it’s just been an annoyance, but on my sailing trip through the Caribbean, it really put a damper on things – literally.

The Caribbean is supposed to look like this, right?

Well, for almost all of my trip it looked like this, unfortunately.

What The Caribbean Looked Like Most Of The Trip

From Texas, I have taken buses all the way to Panama. Some normal, some chicken buses. But Panama and Colombia are not linked by roads. The forest is dense, and it’s kind of the drugs superhighway. Not the safest area.

So your options are to fly or sail (it’s not truly sailing though – the boats use engines and if the wind is right then they put up the sail too). Depending on what flights/boats you find, the cost can be quite similar. In my case, I changed my trip around and sailed on the 10th. My boat was more expensive than flying, but from what I understand it was more luxurious than the others. I had no choice as it was the only option in order to make it to Venezuela in time to celebrate Christmas with my friend Luis. 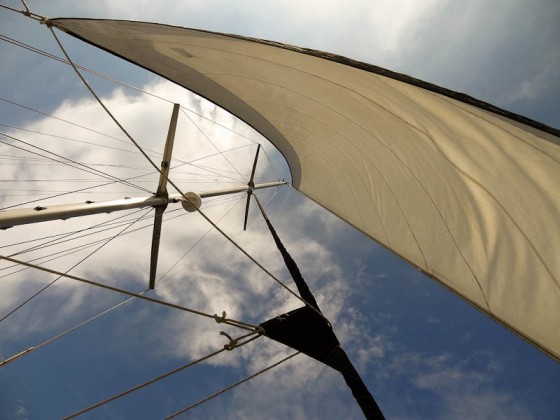 We left Portobelo, Panama and spent the next morning near a shipwreck that has become a coral reef. It was the first time I went snorkeling!

I have to say that I genuinely gained a new appreciation for the beauty of the ocean and its abundant life. So many colors, so much life… It was awe inspiring to say the least.

Then we spent two days in the San Blas islands in Panama.

Then we made the 41 hour journey from San Blas to Cartagena, Colombia. Below is a map showing the journey. 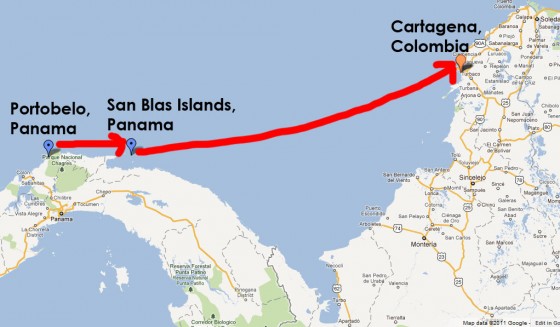 There were 21 of us on the boat – 16 passengers and 5 crew. Yes, it was pretty cramped. But having seen a couple other smaller boats during the trip doing the same route, our boat was probably more spacious.

There was only one bathroom on the boat, so things could be a bit cramped at times. Showers had to be quick rinses since there was only limited freshwater on board. That freshwater, also our drinking water, came from a river in Panama that was purified through some filters. Hopefully those filters can filter out parasites!

Compared to the accommodations I had on boats I stayed on in The Middle East and on the oil rigs I lived on there, this was much more uncomfortable. I couldn’t sit up straight in my bed, the bed was at an angle to prevent me from falling out (safe, but uncomfortable), there wasn’t hardly any storage space, all my stuff smells like sauteed onions since I stayed my bed was in the kitchen, etc. My back didn’t feel good during the trip, but now that I’m back on shore it feels fine. I think it was the bed. And I had a mild headache most of the time.

Obviously, this was probably the worst I’ve felt so far on The Happy Nomad Tour.

Some pictures of the boat:

I never got seasick (and I didn’t take any medicine), but I wasn’t 100% fine either. Many of the other passengers did get seasick, unfortunately.

If I was in my bed, I would be fine. So I spent a lot of time there. Also, when I was on deck I was usually fine. There’s something about fresh air that helps with seasickness. My bed was in the kitchen, so when they cooked it would get really hot in there. If the overhead window was closed due to rain, it became oppressively hot and it didn’t sit well with me. 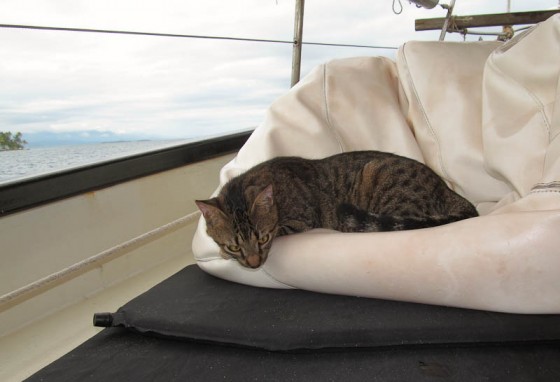 Similarly, one day I sat on the floor intending to write this summary of the trip while having my laptop connected to an electrical outlet. Two sentences in, I had to turn off my computer and go upstairs for fresh air. It hit me quickly.

I think I don’t handle focusing on something while everything around me is moving. When I was younger I couldn’t read in a car. Now I can, but I guess I don’t handle rough seas well – and the seas were rough since it’s still rainy season.

When it rained, I read in my bed or watched movies. I haven’t really done much of either since I started The Happy Nomad Tour, so I guess it was good to catch up a bit.

My whole first day back on land I felt tired/drained and a bit nauseous. I guess it was like reverse seasickness just like people suffer from reverse culture shock? I don’t know. But it was unexpected.

The food on the boat was excellent. There were two vegetarians on the boat and they were well catered to, as were the rest of us. Once I finish this trip, I will be a vegetarian as well, but for now I will live by the motto of trying everything once – including the local food.

Unfortunately, pretty much every dish that was served had lactose in some capacity. They knew I was lactose intolerant, so I don’t know if it was just ignorance of what contains lactose (could be as many products contain milk as an ingredient though you wouldn’t know it), or they didn’t care.

In any case, I used pretty much as many lactose pills on the boat as I have in the previous four months of The Happy Noamd Tour. This might be part of the reason for my seasickness and general not feeling well, as the pills have caused me nausea in the past. But I had to eat, so I didn’t have much of a choice.

One cool thing is the gyroscopic oven that stays flat despite the rocking of the boat!

The Kuna are an indigenous group in Panama. They have a unique culture, language, and way of life. The Panamanian government pretty much gives them autonomy to handle their own affairs.

We visited them on an island under Kuna control. It was purely touristy and I don’t like such experiences anymore. Having had other experiences, like volunteering with the indigenous community in Honduras and also in Panama, this experience was all for show and, sadly, had no substance.

We entered a hut, sat down, and had a minute or two of interaction with the chief. A couple of interesting things were relayed about Kuna culture, and then the barrage women started coming in trying to sell their bracelets, shirts, and other items. It works both ways – we see them as a novelty and they see us as a means to an end as they too must survive in this capitalistic world. Sad.

Some American missionaries have visited the community, and apparently they built the jungle gym on top of the only soccer field. Nice..

I would have loved to visit this community and volunteer with them and learn from them. But it was impossible given the setting and circumstances. Oh well.

Below are some pictures from the village. 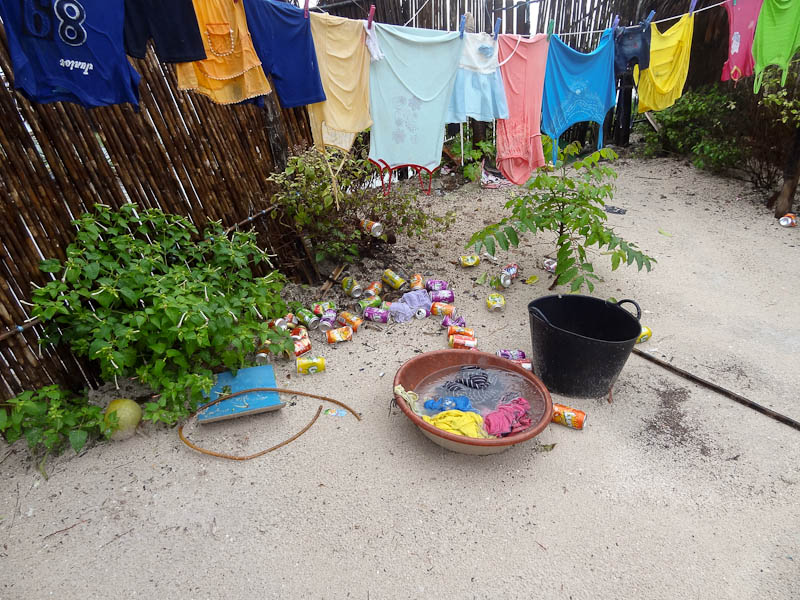 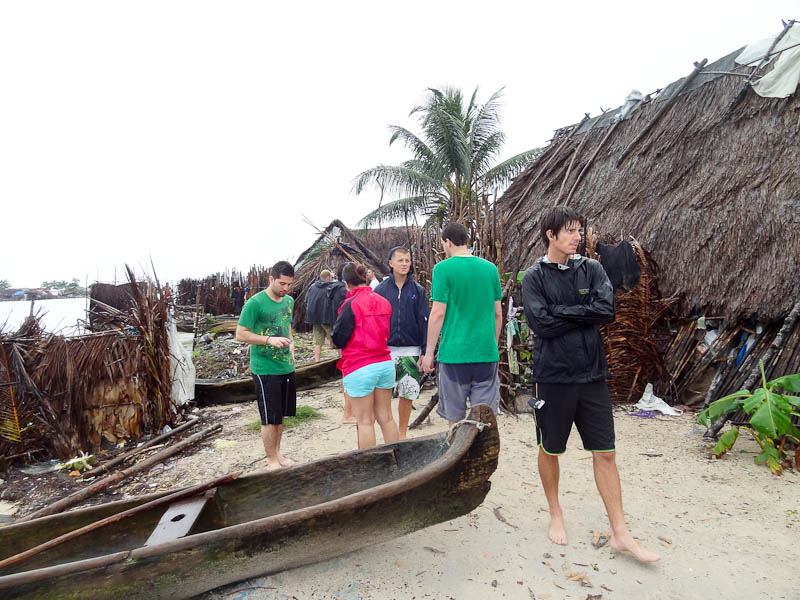 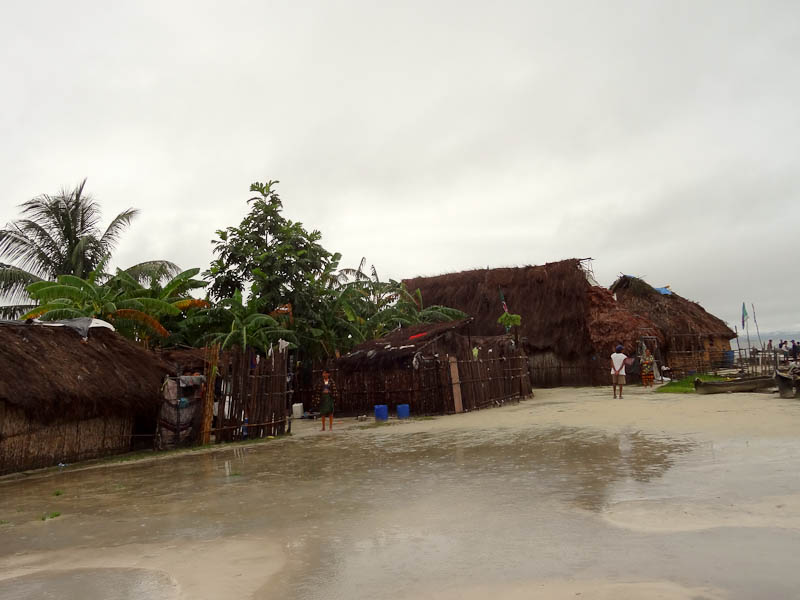 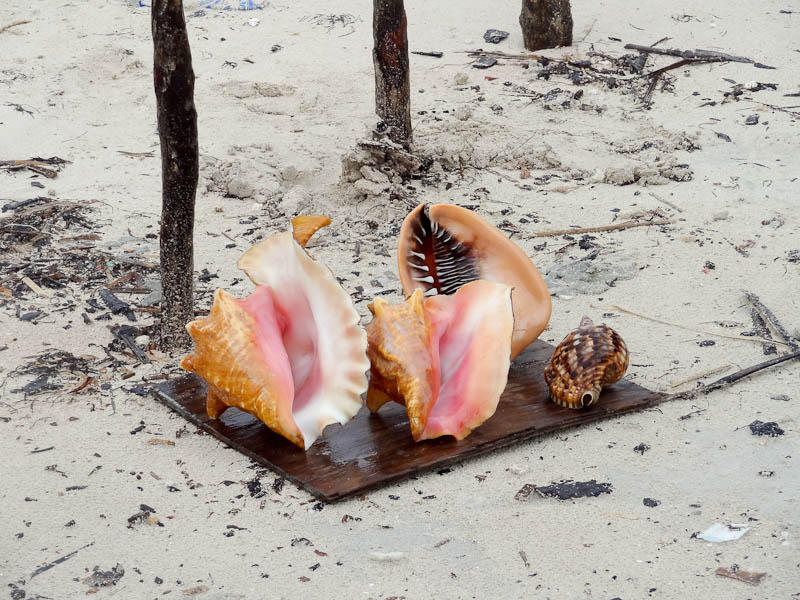 Amazing Seashells In The Garbage

The day we left San Blas for Cartagena, we actually had nice weather. It was partly cloudy, warm, and wonderful. Basically, the way you’d expect the Caribbean to be! Unfortunately, we were only able to enjoy this “paradise” until noon. Still, we made the most of it.

Me With The Island 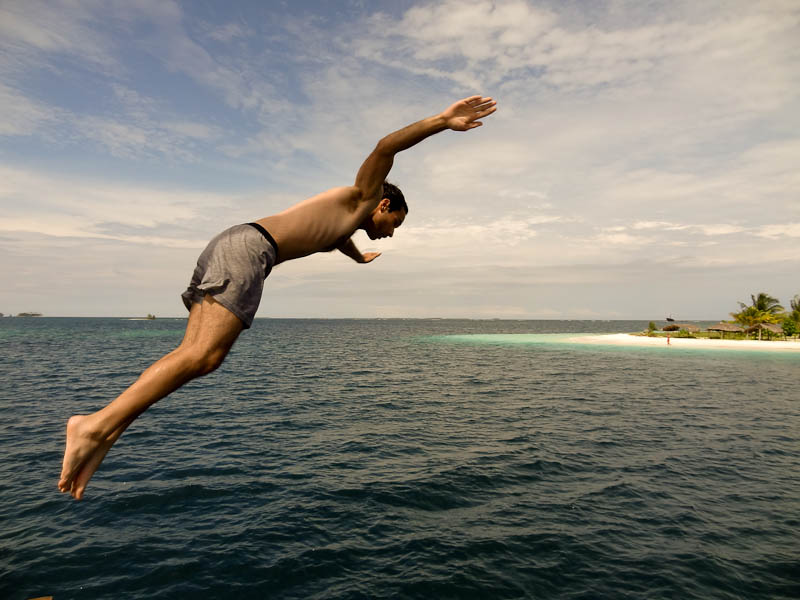 Diving Off The Boat

Before Diving Off The Boat 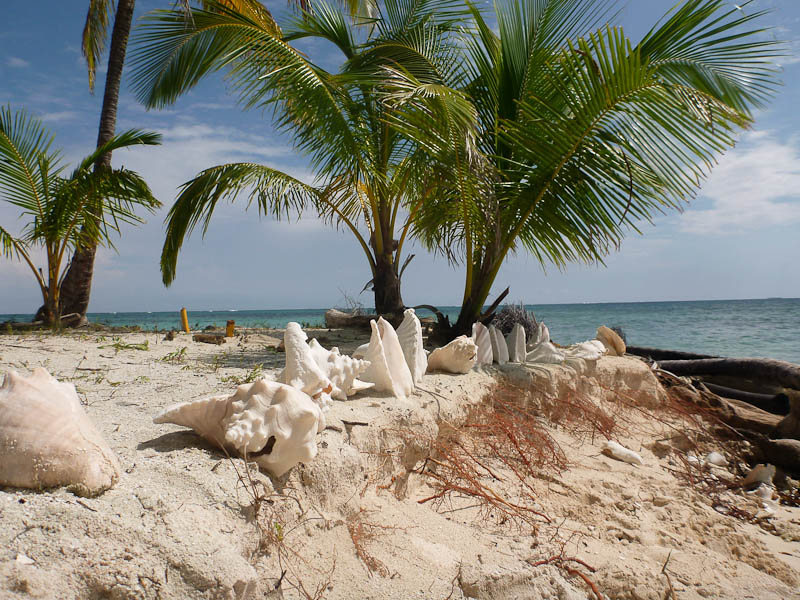 The 41-Hour Journey To Cartagena, Colombia

After the fun morning in paradise, the rest of the day looked more or less like this.

Yes, lots of sleeping and rough seas. There is something about repetitive rocking that makes people sleep – as if we’re transported back to being babies in our mothers’ arms.

The following day was cold and rainy as usual, so people slept inside.

The next morning we arrived in the port in Cartagena. I finally arrived in South America for the first time, more than ready to get off the boat and excited to explore the unknown.

Salento, Colombia – A Small Town With A Lot To Offer
14 replies