I’m not sure what you have in mind when you think of India, but the three biggest thoughts in my mind before coming here were poverty, overpopulation, and spirituality.

This story covers two of those thoughts.

I think there are three restaurant categories here. There is street food, normal restaurants, and then fancy restaurants. Normal restaurants generally operate under a profit-maximizing principle where tables are filled even if it means four strangers are sitting together at the same table.

It’s not so much the profit that drives this I guess. It’s also the sheer quantity of people. These places always have a line out the door at lunch time and I can only imagine if they allocated each person to his or her own table how much longer the line would be.

But it’s India. Personal space doesn’t really exist, you’re used to being in close quarters in general, as well as with strangers, so no problem.

I entered the restaurant and they seated me at the two-person table closest to the entrance. I had my iPod loaded with my podcasts for the day, the news and other educational programming. I was ready to zone out and withdraw from the world into my lunch and into the news from half a world away. Fate would decide otherwise, though.

I sat down across from a guy already eating and I went over the menu. I was unfamiliar with most of these South Indian options and asked the guy across from me for his advice.

He spoke perfect English and really helped me make a good decision. I got this coconut dosa masala below.

Once the ice was broken with my menu questions, we kept on talking. It turns out he is a producer for a pan-India news channel. He asked what I was doing here and I explained a bit of The Happy Nomad Tour to him. He’s 36, married, has a kid, and was just grabbing a quick bite to eat before meeting some friends nearby.

I asked him what he works on and he mostly works on documentaries about India for European TV channels. He asked me if I planned to visit any babas, or spiritual guides while here in India. I said maybe, and he told me to be careful as there are many fraudulent spiritual guides here. He recommended one in particular, so we’ll see if that works out.

Then we talked for at least half an hour about spirituality, the different babas he has met, his views about life, and India in general. It was truly wonderful, all made possible by the restaurant putting people in close proximity.

India can be a bit much at times, overwhelming actually, and it was nice to have a spontaneously good encounter here. And it made me wonder how many other brushes with awesomeness I have had in India, on this trip, or in my life that I didn’t recognize because I was too shy, busy, or focused on following social norms.

Below is a picture of my new friend, and I hope many more such experiences are yet to come here! 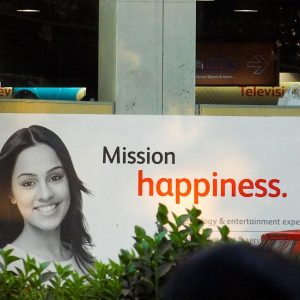 Photo Friday – What Is Your Mission? – Bombay, India

Getting Reacquainted With Stress – That Stuff Will Kill You!

A Short Guide To Independent Travel In Myanmar