I stopped in San Salvador, the capital of El Salvador, for less than 48 hours on my way to volunteer at www.comencemos.org. I met two great people, who I will get to in a minute, but I can’t help but describe San Salvador as weird.

I don’t know if it’s weirder for me since I’m American, or if it’s weirder for a non-American to arrive in a place and be seemingly immersed in a lot of out-of-place American culture. The abundant American fast-food chains, the use of the U.S. Dollar as the currency, lots of signs in English… it was all just a bit eerie sometimes.

David was my awesome couchsurfing host in San Salvador. He just graduated from college last week, actually. Congratulations again! Even though David speaks excellent English, we spoke in Spanish for the entirety of my time there. After speaking in English nearly the whole time in Guatemala and Honduras, it was a welcome reprieve. 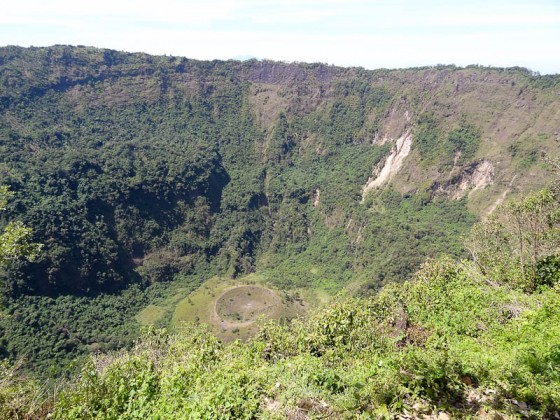 David took me to one of the many volcanoes that dot the landscape around San Salvador. This one is unique in the world, however, because it’s a volcano within a volcano. When you look down into the volcano you can see another small, raised “volcano” around the hole at the bottom. Click on the picture to the left and you’ll see what I mean when the picture is full-sized.

Me At The Volcano

It’s very green and it hasn’t erupted for a long time. But Salvadorans live knowing their volcanoes can go from beautiful landmarks to sources of horror instantly.

You can see a view from this volcano of the city and of another volcano in the distance in yesterday’s Photo Friday. 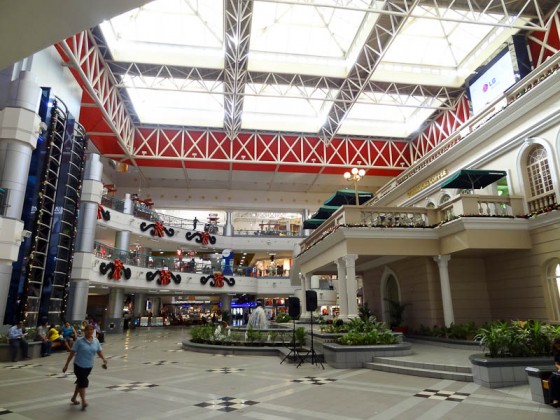 The Galleria in San Salvador

Later in the day I went to The Galleria, one of the main malls in San Salvador. Pretty strange to see Christmas decorations up already! Again, the mall was full of all the stores I would be accustomed to in the U.S. or Europe and the prices were totally out of place. The food court was literally full of American fast-food chains and it was difficult to find any semblance of Salvadoran food.

However, I had some great, local coffee. I also had a taste of heaven in this guava-filled pastry.

I met Maria at a coffee shop there. Maria contacted me several weeks ago after finding my Couchsurfing post looking for volunteer work in El Salvador. She is thinking about her own plunge and we had a great conversation. She is awesome and full of energy and ideas. I know she’ll do something awesome! 🙂 And in many ways, our talk helped me tap back into why I made the decisions I made and why I am out traveling and pursuing my passions.

With Maria At Viva Espresso

This café, Viva Espersso, also happens to have the best barista in the world for 2011. Nice! Since it says “Champions of the World” on the sign, we thought it would be the perfect place for a picture!

From the mall we went to a local German bar and had some Indian-influenced German food (Currywurst) and Mexican food with Mexican Micheladas. It was great and David joined us later on.

The following day I did a little sightseeing in the center of San Salvador before heading off to San Miguel to meet my contact from Comencemos. 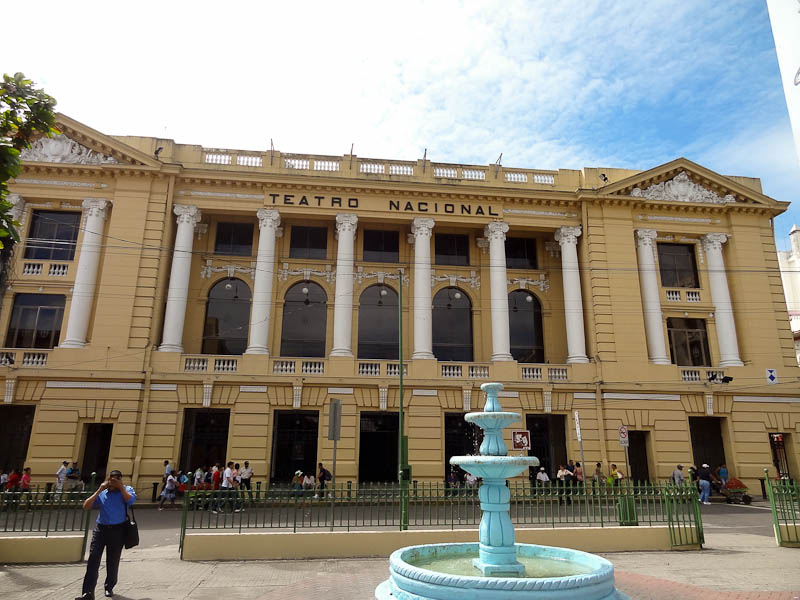 Cool Monument In A Roundabout

Security Guard At A Pharmacy

Security is an omnipresent issue in San Salvador and I felt more on guard after my experience in Guatemala City. I don’t think it’s any worse than the other Central American capitals, but it’s something you feel.

Unfortunately, in El Salvador’s case, there are a  lot of maimed men on the streets as a result of the 12-year civil war that ended in 1992. Along with any war comes mental illness and some of that was evident as well. So I think El Salvador has a bit more to contend with than the other capitals/countries, but that said I think it’s in pretty good shape and I didn’t feel too uncomfortable.

In thinking about security, I kind of realized security is a state of mind and it’s a very fragile one at that. Once the illusion of security disappears I don’t think it usually comes back. And that’s kind of sad when you think about it.

I wondered what it would take for the stores to decide not to have armed men guarding the entrances, for example. And at what point would people change their habits to reflect a safer society? And would it ever truly change? Once your guard is up, I think it would be almost impossible to take down.

A Small Example Of Fastfood Offerings

It was strange being in such an environment. I’d say I didn’t like it, but there was an element of comfortableness to it. On the whole, I still feel like with each inch given to the ever inward creeping American culture they lose a piece of themselves…

What Is 100% American Footwear?

Many stores advertised that their products were American, but it is quite funny when you think about it. Yes, the products in those stores are the same ones you’ll find in stores in the US. But since the U.S. makes so little now all these products are actually made in other countries. One such example was a shoe store that boasted 100% American Footwear. Well, what exactly is an American product when it may have been designed in India, produced in Vietnam, and shipped across the ocean by a Chinese ship?

Another strange thing was seeing prices in U.S. Dollars. I didn’t have to do any mental currency conversion to have my point of reference – not that my point of reference is good anyway since I’ve been living outside the U.S. for so long anyway and I don’t have a great handle on how much things cost in the U.S. anymore. I just always convert things to Dollars or Euros for my mental rolodex. In El Salvador, it was shocking at times to see what I could buy for a Quarter, and other times it was shocking to see how expensive some things were – at the Galleria, for example.

Despite the strangeness, I did like San Salvador. I am sure I’ll like the Salvadoran countryside better, but San Salvador was a nice introduction to this interesting and amazing country. I am looking forward to exploring more. 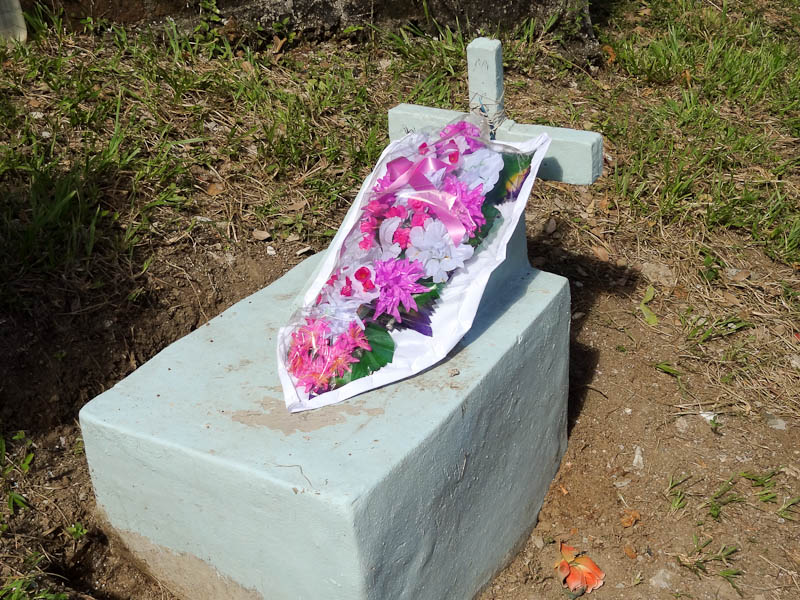 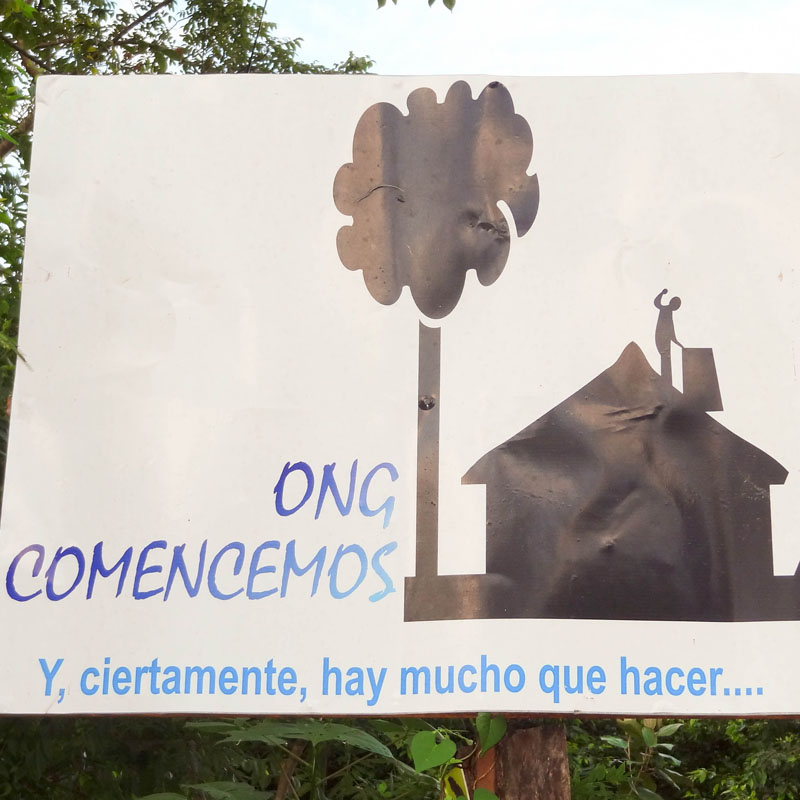 Traveling to Yoloaiquin And Feeling Abundantly Welcomed!
Scroll to top