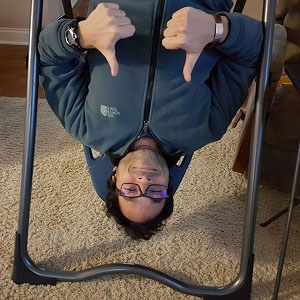 When I got to Vietnam, it became immediately obvious that I would need to get comfortable riding on scooters and motorcycles. Ho Chi Minh City (Saigon) is a two-wheeled paradise. I didn’t feel comfortable renting a scooter and riding it in the congested and unforgiving traffic. Luckily, motorcycle and scooter taxis are easy to find.

The first time I used one of these motorcycle taxis was going from my couchsurfing host’s apartment into the city. It was a little nerve-wracking knowing that I’d be on the back of the motorcycle with no control, inches from other scooters on both sides. I also didn’t know how to be a passenger. In all the movies I’ve seen, a guy is often driving the motorcycle and a woman gets on the back. She grabs onto him and holds him tight. Or, there’s always Harry and Lloyd from Dumb and Dumber, who did the same thing 🙂 My driver was an older Vietnamese gentleman who spoke no English. As we started to move, I grabbed onto him as I’ve seen in the movies. We weaved in and out of traffic for half an hour as my helmet buried itself between his shoulder blades. It was awkward for me, as a heterosexual male, and no doubt it was awkward for him for reasons that’ll become obvious in the next paragraph. But we couldn’t talk and I didn’t know any better. I just held on as if my life depended on it.

After I got into the city, I watched how other people rode on the back of motorcycles and noticed that grabbing the back handle was the preferred way to stabilize yourself if holding onto the driver wasn’t preferable.

This story felt particularly poignant as 2016 came to a close. 2016 was a pretty tough year for me. While I previously traveled the world I was able to really ground myself in the passions that make me happy. I was able to focus on constantly challenging myself to inch closer to the goals I set to transform myself into a better person. My environment was constantly changing and I met new people at every turn, always inspiring me with new perspectives.

Motorcycle Ride Once I Learned How To Be A Passenger!

Though my life on the road was full of constant challenges, like staying healthy or safe, in some ways they paled in comparison to the challenges of “normal” life. Where on the road I saw abundance everywhere, in my normal, PhD-seeking life I saw a world of scarcity. That perceived scarcity turned me into a more selfish person than I want to be, and a person stingy with his time, money, and even affection for those around me. The stress of working toward a PhD, and being in my first serious relationship, ultimately proved to be too much. The person I became to adapt to the reality I perceived isn’t who I want to be. Not at all. Instead of confidently holding onto the back handle bar and enjoying the journey, I was holding onto the driver for dear life as if things were out of control.

After the relationship came to an end, and the semester wound down, it all hit me at once and I descended into a downward spiral. I didn’t recognize the person staring back at me in the mirror and I felt so disconnected from “the happy nomad” I had once been and the kind of person I want to be. Luckily, in my life as a nomad I had already figured out who I want to be and who I am. I just had to figure out a way to merge what made me happy on the road with my current, stable life. I had to find a way to continue the journey of self-improvement and self-exploration in a frustratingly stable environment. Since I’m prone to symbolism, I’m calling it a caterpillar to butterfly transformation. Caterpillars rummage around in the dirt and in trees and aren’t much to look at. Butterflies, on the other hand, are beautiful, graceful, and have the gift of flight. The transformation is a bit ugly and arduous, but the end result is one of this planet’s most beautiful creatures. What else symbolizes the journey of life so well?

Caterpillars on a leaf in Costa Rica

But that is changing for this year. Apart from general attitude changes and inner-work, there are three aspects of my life I’m focusing on for 2017.

As a recovering introvert, self-expression doesn’t come easily to me. In fact, I think I’m still quite bad at it. Writing is one outlet that helps express myself. So is art, though I never gave it a try. I’m not artistic or creative, I told myself. I’ve been to some of the world’s best art museums and often couldn’t wait to leave them. I didn’t understand art. In December, before joining my family for the holidays, I went to a local place that allows you to paint your own pottery. I picked a plate out of the many options. I then had to figure out what to put on it. All I could think about was where I was at that moment and where I wanted to be in the future, symbolized by this transformation to a butterfly. It would also be a nice gift to myself upon returning to school after the holidays. It’d be a reminder to continue my progress as well as a decoration for my apartment. To date I have not decorated my apartment at all and I’ve ignored the idea of making my apartment a home. These are the kinds of things that turn bare walls into a home.

Below is what I created. In the middle is a butterfly, and each corner represents an aspect of life I need to focus on – living, laughing, loving others, and loving myself. Putting these into practice will allow me to soar. Below is the “before” picture and then the picture after it was cooked in a kiln.

Between picking the object to paint, coming up with an idea, tracing it, and then painting it, it took about three hours to create this. And few things have held my attention like this did, putting me in a sustained state of flow and focus. It was great. Though it was difficult for me, I was able to express myself. I hadn’t made something like this since elementary school. While I regret not exercising my art muscle for all that time, I couldn’t be happier to find and exercise it going forward. And I think it’ll help me be more expressive in general, and creative as well. I’m already looking forward to some art events where I live, as well as some opportunities to create art in a group setting.

Speaking of exercise, I’ve gotten into running. I’m a regular exerciser, but I’ve been in a rut with an unexciting exercise routine for a couple years now. In just about two months, I’ve been able to shave almost two minutes per mile off my 5k time. I’m planning on running my first 10k in April. Again, this is something to look forward to and assuming my knees cooperate it’s a great way to challenge myself. Ideally, I’d like to run a half marathon later this year and maybe a full marathon next year. And there are running groups where I live, so I can meet new people. Similarly, I haven’t been doing yoga and I’m getting back into it. There is something magical about stretching and strengthening your body while focusing on your breath.

I haven’t done much volunteering lately. And I don’t like that. I haven’t been very social in general, actually. So I decided to give back to the community I now live in by volunteering at the local Boys and Girls club at least once a week. In an effort to spread the joy of volunteering, and hopefully get others engaged in the community, I’m organizing local volunteering outings with my colleagues as well.

It’s a process. Making changes on the road was easy. No one knows you and the risk of presenting yourself differently to the world is close to nothing. Making changes in normal life is harder. You have to be so much more intentional and break routines that feel set in stone. Overcoming inertia is difficult. But making a plan and getting started is the hardest part. And I’ve done that. I think 2017 is going to be a great year as a result. I’m living live intentionally and consciously again. Sometimes you just need to change your perspective and attitude. And, in extreme cases, you can get on an inversion table and literally turn your frown upside down!

If you have any experience turning frowns upside down, or making big changes for a new year, please share them in the comments below!

An Amazing 30th Birthday In A Laotian Village 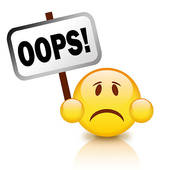