After such a wonderful experience at the temple in Bang Mun Nak, I quickly found myself needing to rejoin the “modern” world. I had to head to Bangkok, where I’d leave a few days later to fly to The Philippines.

I was definitely sad to leave the temple, feeling like I was making some progress and enjoying the atmosphere, people, and discipline. The temple was also a money-free zone, where somehow we ate, consumed water and electricity, and had everything needed without having to pay anything.

There was no argument. I just gave him the money, he took out his cell phone to make a call, and I walked away. I guess I was a bit paranoid as I walked across the street wondering if he was going to chase me down and demand the money, but that never happened.

So, back in the city where it’s dog-eat-dog, money reigns supreme, distractions are everywhere, and priorities couldn’t be more out of whack.

I don’t want it to seem like it was difficult for me to adjust. Of course it wasn’t. I’m just trying to illustrate the contrast between the temple life and the city life.

The best part about the temple was that since your basic needs are covered, you really could focus on self-improvement, studying, and achieving inner-peace. Such pursuits are very difficult to find time for in modern city life. I guess it’s not impossible, but it would seemingly take superhuman dedication.

Similarly, when you withdraw from the modern world for a while, all of its artificialness becomes glaringly apparent upon return. It quickly fades back to normal, but just recognizing the artificialness is a big step toward living life on your own terms instead of those of society or the status quo.

In one of my discussions with Ajon, the master at the temple, I asked him how I can retain the awesomeness of the temple within me as I go back to the modern world. His response showed me that there is something special about him.. that he really is wise. He didn’t know that I am volunteering around the world, but he said this..

Keep on helping people, but don’t expect or want anything in return. Be the staircase to help others get to where they need to be.

I don’t know. It was just wonderful advice, especially the staircase metaphor.

Ajon, I shall try my best… 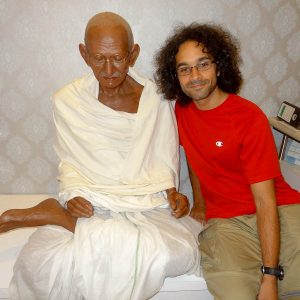 My Backpacking Days Are Now Behind Me
Scroll to top