I was invited by IE Business School, my alma mater, to speak to MBA students during their the first week of their 13-month program. The timing worked perfectly for me as I was finished with India and had to fly somewhere from there.

I felt extremely privileged to have been asked. In the initial discussions I came up with an outline that included five tips to help them make the most of their experience and live a happier life, as well as stories of inspirational people I’ve met along the way. Pretty quickly it was approved, I made a pictures-based presentation, and it was ready to go!

Unfortunately, I didn’t get to practice my presentation much because I was so sick during the days leading up to the presentation, my final days in India.

Despite the lack of preparation and the relatively high profile nature of the event, I wasn’t nervous. Maybe I was more focused on trying not to have to run to the bathroom during a presentation.

The first speech I gave was to a Spanish-speaking class of people from across Spain and Latin America. It’s not the first time I’ve given a speech in Spanish but I haven’t spoken Spanish beyond more than a few sentences for one year. I hadn’t had much practice. Still, I knew I could deliver the speech; it was more the question and answer period I was worried about. Luckily, I had a friend in the audience who could translate if the need arose.

The first speech went well. After the question and answer period, I realized that about 30% of the class had stuck around to chat, ask more questions, etc. I don’t know how else to explain this but to say that in an instant I remembered what the heart of Latin America felt like. Everyone was so warm, so kind. It was a genuinely wonderful thing to be reminded of.

Then came the first English group. None of the administrators were present for the talk in Spanish, but I knew at each of the remaining presentations someone would be there seeing me do my thing. Still, I felt comfortable, though hoping I didn’t need to dash to the bathroom. In the end, I’m just telling my story and what I’ve experienced. I didn’t have to act excited or enthusiastic. Despite being a shy introvert, whether you believe me or not, I think my passion and excitement exuded from my pores during the presentations.

I had lunch with some students from this presentation and made what I think will be some lasting friendships. The questions kept coming and I did my best. I also met up with a friend I made in Peru. You can see him in all his glory in the funny pictures from this post.

After lunch I had two more presentations. They were back to back, so I ended the third one a bit early so there would be time for one-on-one questions afterward without delaying the fourth presentation. It was during this period that a very shy guy who totally reminded me of myself approached me and I had one of the most meaningful conversations I’ve had in a long time with him. I don’t know how much of my advice or words were heeded, but I saw myself within him, a person with a lot to offer trapped within a shy body/personality. We have stayed in touch by email and I hope he is able to embrace himself and let his awesomeness shine and radiate!

After the fourth presentation I told them I was done and I would stay after as long as they wanted. So a group of students and I continued talking for a solid half an hour after the presentation about happiness, life, the MBA, etc.

Universities always fill me with optimism and energy. But I don’t know. So many students thanked me for what I had to say, found inspiration in the amazing people I’ve met along the way on The Happy Nomad Tour, and thought about their own lives and what they want to do in life. A student later showed me that in their private group on Facebook a conversation about happiness and life started and continued as a result of my presentation. It’s just a fantastic feeling.

I hope to continue speaking at IE as well as at other universities to continue inspiring students to make the decision to be happy, to grab life by the horns and consciously pursue it in a meaningful way. My message butts up against the status quo in a lot of ways so it won’t be easy. But with a bit of massaging on my side, some “data,” and a bit of luck, hopefully I’ll be able to speak some more.

I’m grateful to IE for always being ahead of the curve and for taking a chance on me. 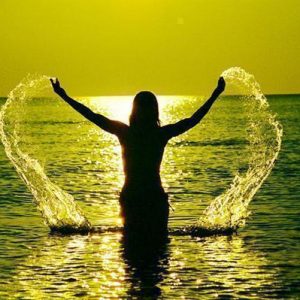 A Book About Achieving Freedom

What Skill Can’t You Find In LinkedIn?