I had the good fortune of being invited by Centrum Business School, the graduate business school attached to Pontifica Universidad Catolica del Peru, to give a speech about my experiences and share some advice.

When we started talking about the event, I was told it would be in English. No problem.

When everything was confirmed at lunch my first full day in Lima the story changed and I had to speak in Spanish. No problem though. I’m finally quite comfortable with my Spanish and I felt confident in my abilities to give a talk in Spanish.

Getting To The Talk

Javier offered to take me to the speech, which was awesome. Danielle came as well. Before the speech I wondered if having these familiar faces in the crowd would make me more nervous.

But in all honesty, I wasn’t nervous at all for the speech. Getting to the speech made me nervous though. Javier said he’d pick us up at 4:10pm but he didn’t get there until around 4:30pm. Luckily, the school wasn’t too far away and we arrived at 4:45pm as was requested.

But then the security guards took what seemed to be forever, more likely ten minutes, to register us, give us ID badges, contact my contact at the school, etc.

Everything was fine though.

Centrum has a strict dress code and I was sent a diagram showing I needed to wear a suit, tie, and shoes.

Me Rocking The Speech With My Boots

As you can imagine, The Happy Nomad doesn’t have a suit in his backpack. Javier let me borrow a jacket. I wore black jeans that can kind of pass as formal. My shoes though.. I wore my waterproof boots as the only other footwear I have is sandals and those were expressly prohibited. I think it looks funny wearing these formal clothes with these shoes, but that’s me. I’ve fallen far from the corporate tree and I guess I have to play along to have the opportunity to share my story and hopefully spread some positivity.

I’m not sure what happened, but I just got in the zone and the Spanish just came out. I felt pretty comfortable on stage and things went really, really well. I used my video camera for only the second time on the trip and recorded the speech. Below is a short clip.

I promised Consuelo at Jatun Nani that I’d plug what she’s doing in my speech hoping to attract an intern for the summer. Something totally crazy happened.

I started explaining that I spent time in a very remote part of Peru called Yauya, in the state of Ancash, province of C.F. Fitzcarrald working with a rural library project…

All of a sudden someone shouted out “Consuelo Pasco! She is my aunt!”

Immediately I looked at my friend Javier since Consuelo is his aunt too. I wish I had words to describe his face. I’ll never forget it, but needless to say we were both surprised!

It turns out that Consuelo’s niece, Caroline, is from Consuelo’s ex-husband’s side of the family. So Caroline and Javier didn’t know each other, of course.

Anyway, very small world and it turns out that Yauya had a big impact on Caroline as well. I wish more people left the cities for a while to spend time in nature. Things are often much clearer there!

Caroline works at Centrum and later told me that she usually just comes to take pictures of events and leaves. Something told her to stay for my talk, and as fate would have it, during the question and answer period all of this happened showing just how small the world is.

My Speech At Centrum Business School

Things went off without a hitch and I had a great time. The feedback from the students and the school were both great and I’ve stayed in touch with some of the students and staff at Centrum. I never intended to make some friends out of this experience, but that’s exactly what happened.

Afterward, I met up with some friends from my own business school and tried two new types of sours (maracuya, which is passion fruit, and strawberry). Pisco is the national drink here and they use it to make some amazing cocktails!

Thanks again to Javier and Centrum for making this possible! 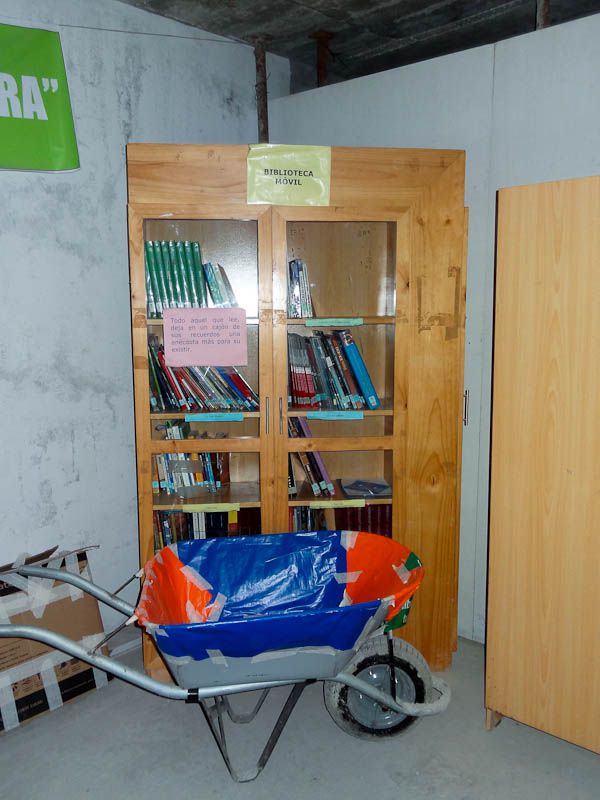 Jatun Nani – Breaking The Poverty Cycle In The City With Books

Lima, Peru – A Home Away From Home

How The Happy Nomad Tour Rolls – Loneliness
Scroll to top