When you first arrive at Moray you can immediately see the impressive site below. But it just looks like the terraced farming seen at other sites in Cusco. But it’s so much more.

It is believed that the Incas used Moray as an agricultural laboratory. By using their knowledge of the sun, wind, altitude, and irrigation, each step, about 3m/10ft tall, represents a temperature change of about 0.5 degrees Celcius/1 degree Fahrenheit.

In the end, there can be about a 15C/27F degree temperature change between the bottom step and the top step at the site.

The Incas used this to mix different seeds and plants together to find the optimal growing conditions for certain plants. And it succeeded as during the Inca times there were about twice as many varieties of corn and potatoes as there are today.

As with all their sites, irrigation was built in and the bottom step served as a reservoir of water and a drain.

Below are some pictures of the site.

The Steps To Climb And Decend

While at Moray, I made an offering to the Inca gods. They usually put them in small window compartments as I explained here, but I had no access to such an offering place. Instead, I took a picture with my absolute favorite food here in Peru – cancha dulce. I fell in love with it in Casma and ever since I’ve eaten it every time I got my hands on some.

Cancha dulce is made from the big maize/corn grown here in Peru. It’s popped and sweetened. I don’t know if this variety of corn comes from the experiments done at Moray, but if it is, I left my thank you for the gods nevertheless..

My Offering To The Incas For Their Engineering Skills

Leaving Peru, Arriving In The U.S., A Sad Goodbye, And An Unexpected Hello! 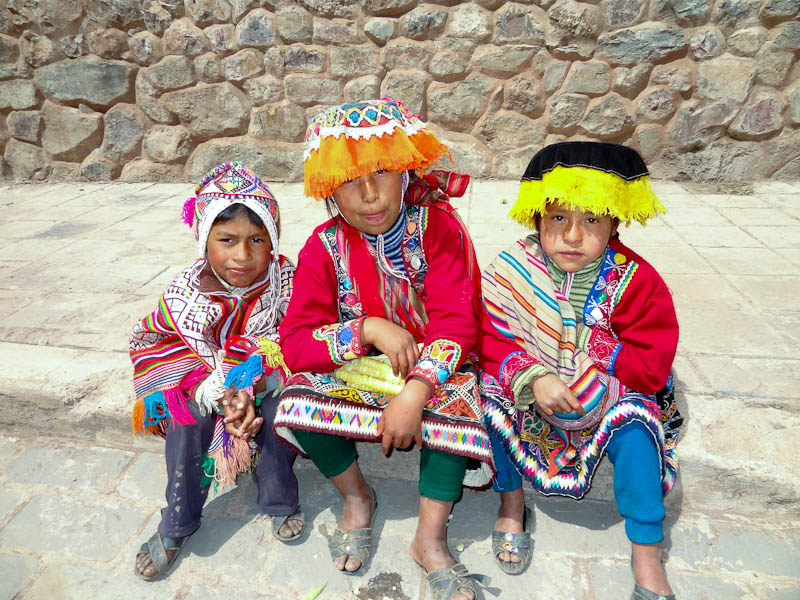 A Walk Through The Pisaq Market

Maras, Peru – Harvesting Salt For The Incan Empire And Modern-Day Per...
Scroll to top