One of the sad things I saw in Latin America is how little the police are trusted.

Me On A Police Motorcycle In Mexico

In some places there was a big scandal showing how corrupt things were from the top of the chain of command all the way down to the patrolmen walking the streets. In other places, it was anecdotes or common knowledge that the police were vessels of corruption, attaining their position for personal gain and nothing more.

Regardless, everyone had their story of bribing a policeman to get out of a traffic ticket or crime. It only takes a few Dollars, actually.

Obviously, not having a police force you can trust changes the dynamic in society. Criminals may be emboldened if they can buy off the police and get away with things. And everyday people go through life knowing that if the police are needed, they may just make things worse and not help at all.

It’s hard to put a finger on the causes. I’d say it stems from two main problems:

Me With The Police After Being Robbed In Colombia

Cause two stems from the explanation I heard most often as to why the traffic in Peru was so disorganized, discourteous, and reckless. On the surface, Latin America is more collectivist and the U.S. is more individualistic, but you’d never deduce that from the way each place drives.

In my case, I dealt with the police twice on my trip – after the robberies in Guatemala and Colombia.

In Guatemala, the restaurant we ran into called the police and they showed up a couple minutes later. They took the description of what happened and what the guy looked like and then went on their way.

In Colombia, the robbery happened on the main street of Manizales so I just had to walk down the street a bit and I ran into two policemen. They were both nice, but one listened to my account of what happened while his eyes were glued to his cell phone. No one died so he wasn’t all that interested. 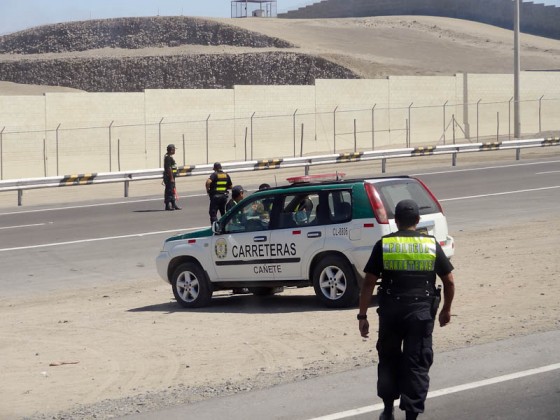 In neither case was a formal report made or anything. That’s fine, but perhaps it’s an indication of the Laissez-faire attitude they approach their jobs with. Or, perhaps it’s an indication of the level of crime, and my simple robbery, without weapons or losing anything, didn’t have a severity high enough to register on the “Protect And Serve” scale.

That said, there were always police hanging around Angeles de Medellin when I volunteered there and they were a positive presence in the community. They played and interacted with the kids, took English classes, and were just all-around great guys.

I’m not sure what the solution is as police corruption happens everywhere, including this recent example in the U.S. for example. There are no simple answers. It’s just sad that in some parts of the world, the police are generally seen as a hindrance to public justice.

The rich can buy their own protection (and when crimes are committed, their freedom), the poor are left to fend for themselves.. another example of how expensive it is to be poor…

A Walk Through The Pisaq Market

Kids Are No Longer Aliens – A Wonderful Afternoon With My Cousins

Back At Home, Still A Foreigner
Scroll to top