Today I was eating lunch in Casma. It was a typical Peruvian lunch – a soup with noodles and chicken broth and a plate of rice and vegetables. The soup had a bean in it and I thought it might be a lima bean.

“Hey,” I thought, “I’m in Peru, capital Lima! I wonder if they call them Lima beans?” So I asked the .. I’m not sure what to call her. She cleans the house and makes food. I think maids only clean. Domestic help? In Spanish they just say “empleada” or employee.

Since domestic help is very cheap here, owing to a surplus of uneducated/undereducated women who need to work to support their families, many middle class families have “empleadas.”

“In Casma We Are Literate”

Anyway, I asked her what the name of that bean is. She replied by saying it was an “haba.” I was pretty sure I had this bean in Guatemala as well, so I asked her to spell it for me.

Then I saw her face crinkle a bit, presumably as it has hundreds, maybe thousands of times before. I’m sure she has a way of coping, but in this case the question was so direct she had no alternative but to tell the truth. Here’s what she said, translated of course, after a pause of a few seconds.

“In reality I’m a brute. I only attended school to the first grade so I’m very ignorant. I’m sorry I can’t help you.”

If I were in an MRI or CT Scan while she said that, I’m pretty sure my brain would have looked like the sky in Washington D.C. on July 4th. So many thoughts. So many questions. But more than anything, so much sadness. I didn’t shed a tear because there was no place for it in this context. And the last thing I’d want is for her to think she caused me sadness.

I didn’t pursue logical follow-up questions like why she never made it to second grade. Presumably the story just gets sadder.

One train of thought happening in the midst of my racing thoughts was how incredibly intelligent she is compared to me in so many ways. She is very poor and presumably, raising six kids, she would put The Happy Nomad to shame when it comes to knowing how to survive. She knows how to farm, how to cook, how to raise children, and some traditional medicine.

Sure, I can calculate the WACC (weighted average cost of capital) of a startup company, do Fourier analysis on an electrical signal, and make a webpage. But none of that is really important in the grand scheme of things.

In her eyes she is uneducated and ignorant and I am educated and intelligent. I’ve called this a “third world mentality” in previous posts. People who see themselves as ignorant not only have no self-esteem, but also often have no ambition to improve themselves. It’s a poverty-perpetuating cycle. That’s my perception anyway.

Books For Sale In Peru

It doesn’t help that most people in this situation find themselves in survival mode their whole lives – trying to scrape together enough money to survive, maybe even raise a family, and not having the time or resources to fix past wrongs – like getting an education.

I thought that she didn’t know how to read. In reality, she can read at a very low level. She has trouble writing and spelling though.

My grandma was the same story, actually. She could read children’s books, usually, but it was difficult for her. And again, she raised ten kids who all became university educated. She was no idiot.

I guess the point of sharing this story is to show how many people measure and value their self-worth against completely artificial standards – education, wealth, beauty, power.

I guess that’s how society is wired. I’m just getting tired of meeting amazing, inspirational people who value themselves less than dirt because they fall far short on one of these artificial standards – and allow themselves to be defined by this shortcoming instead of defining themselves by their awesomeness.

Ecuador to Peru – Meeting My Second Home For The First Time 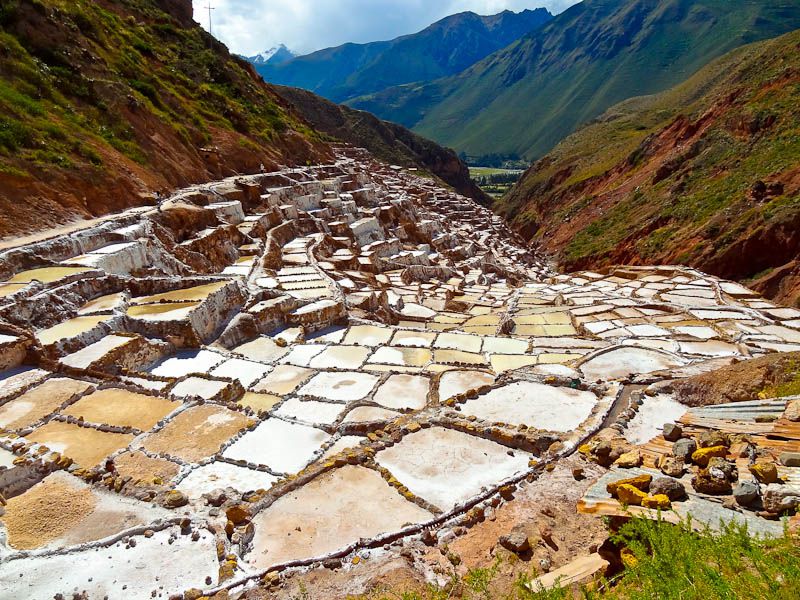