Having been robbed twice, you may think I’m not very qualified to talk about this subject. But let me remind you, neither time did I lose anything.

Still, I endeavor to not be robbed at all. Below I’ll share some of the precautions I take to stay safe and minimize my risk. 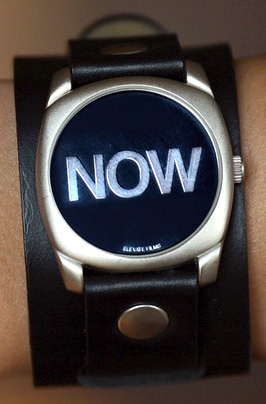 In places of extreme poverty, any sign of wealth will attract attention – often unwanted. I realized this when some people would notice my watchin Central America. It was a simple digital watch that I bought in the U.S. for maybe $20. Still, this could have been a trigger for someone to follow me and rob me.

So yes, I have very plain clothes and try not to show any outward signs of wealth. Still, being a foreigner in such a place automatically makes you very wealthy in the eyes of people who don’t have the means to visit other parts of their own country, let alone other countries.

If I felt uncomfortable in some places, I’d do my best to keep my mouth shut. In Latin America I have the advantage of appearing like I might be from here. But as soon as I hope my mouth and my accent is heard, that illusion is destroyed. Instantly people know I’m a gringo and I could be marked.

That said, on numerous occasions if I’ve gotten lost or needed help with something, I’d go into a store or bakery and ask one of the employees for help. This is far safer than asking someone on the street. 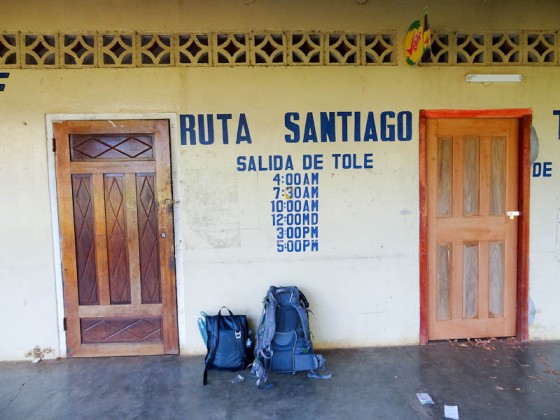 This is a hard one because it’s necessary to take taxis, public transportation, etc. You can do things to minimize damage, like not putting your stuff in the trunk of a taxi. The driver can speed away as soon as you get out of the car.

In many places there are people who paint their cars and operate a taxi unlicensed. In such places, it’s usually obvious who is legit and who isn’t. Stick with legit options.

On buses store your big backpack below the bus and be comfortable with the fact that it could be stolen. Keep all your important stuff with you in a day bag on the bus. If it’s a night bus, figure out a way to sleep without inviting thieves to steal your stuff.

My “connection” to my bag of important stuff

On a night bus from Lago Agrio, Ecuador to Baños, EcaudorI came up with this solution. I have a computer lock and I usually use it to fix my laptop to something if I have to go to the bathroom in a restaurant or cafe. In this case, I used it to tie my backpack to a belt loop in my pants. If someone tried to steal my backpack, he’d have to steal me too. And since my bag has a Velcro flap, I’d hear if someone tried to get in and the cable would probably move and wake me up.

Again, not a perfect solution. But the goal here is to minimize risk.

No matter what, transportation is one of the times you are most vulnerable. Just try and use common sense and if your gut says something isn’t right, listen to it!

Don’t carry your wallet or passport with you while out. I just keep the cash I’ll need for the day in my pocket. Not only does this make my pocket less bulky, which is good, it minimizes the damage if I am robbed. Losing my debit/credit cards would be a nightmare because I rarely know where I’ll be staying too far into the future and they’d need an address to send the replacement card to.

I believe this tactic prevented me from losing anything the second time I was robbed.

Your greatest weapon is your gut and feeding it with constant awareness. This need not be paranoia. You just need to observe your surroundings and what’s going on. I’m guilty of not always doing this. In cities I often walk around listening to the news on my ipod. But the moment I feel like things aren’t 100% safe I turn it off and pay attention. Still, the safest option would be to stop using it all together.

Don’t Travel With Weapons – Unless They Are Filled With Tequila

Ask locals what the common problems are in an area. In Guatemala I found out the hard way that most thieves are on motorcycles. In Ecuador I found out that thieves will cut open a backpack or purse without you noticing to steal your wallet or other valuables. In Peru there are problems with taxis and getting temporarily kidnapped around midnight so thieves can make you withdraw the maximum from your bank account twice. Each place has its own problems. Learn what they are, preferably before you arrive.

I wouldn’t advise traveling with a weapon. Chances are, it’ll just ratchet things up and a simple snatch and grab could turn into something much worse. But do what makes you comfortable. Most backpackers I’ve met travel with a Leatherman or something similar. I don’t.

When possible, especially at night, try and be part of a group. There is strength in numbers and in this sense I suffer as a solo traveler. I have taken taxi rides at night to cover less than half a mile. But it’s safer.

Groups are not invincible, but there is less likelihood of an incident. It’s easier to target someone walking alone.

After reading this post you may get the idea that traveling is pretty dangerous. I hope not. I wouldn’t say that taking precautions for my safety puts much stress on me. It’s become second nature and I’ve struck a good balance between being safe and being open and normal. I think I’ve become much more confident as a person as this adventure has gone on. That might be the biggest deterrent to a potential thief.

If you have any more questions, put it in the comments below and I’ll either answer your question there or write a new post covering it. 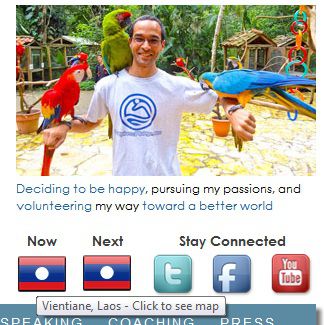 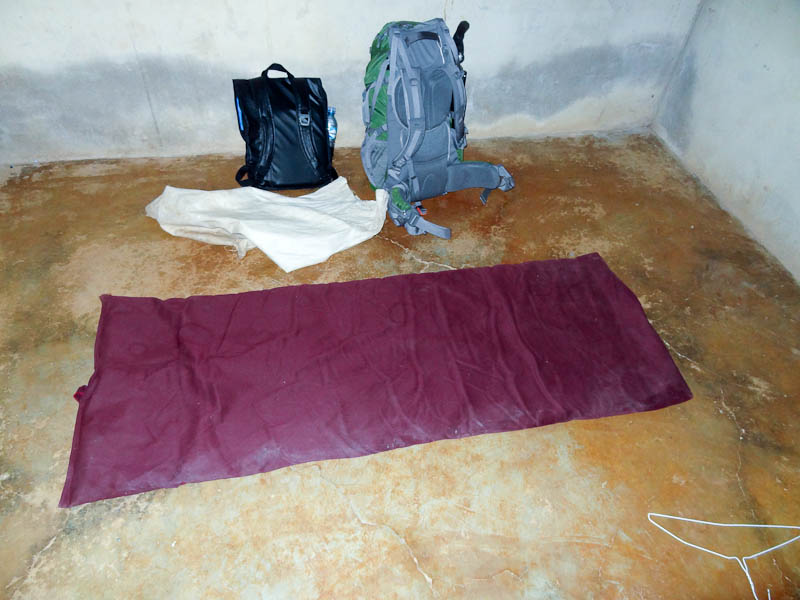