Much of the developing world has had the opportunity to leapfrog wired technology and join the wireless revolution. Instead of laying miles and miles of cable to bring poor villages on the communications grid, now a simple tower can be constructed and the village and the city have equal access to telecommunications.

This is a bit of a simplification, but it generally holds true. I’ve had cell phone reception in all the villages I’ve visited – even the ones without electricity. It’s amazing.

However, this comes at a price. Here in Peru there are only three cell phone companies – Claro (owned by Mexican billionaire Carlos Slim), Movistar (owned by Spanish Telefonica), and Nextel (an American company). The fact that the local mobile phone market is dominated by foreign interests is another story. But there isn’t much choice and all are expensive.

I am using Claro in Peru and I pay 0.50 Soles (18.7 US Cents) per minute to call a local phone number. I don’t know if that sounds as crazy as it is, but let me put it this way: that’s $56 for 300 minutes of talk time. It’s been a while since I lived in the US and the last time I had a phone there was way before the smartphone revolution.

I remember paying $30 per month for 300 minutes of talk time plus unlimited night and weekend minutes back in 2004. I have no idea what plans look like now, but realize that in the developing world many people pre-pay and put credit on their phone. Their phone, of course, must be paid for up front since it’s not a plan or contract. In developed countries, you sign a contract and the cost of the phone is spread across the term of the contract.

Allow me to demonstrate how expensive 0.50 Soles is for one minute of talk time in another context. You can find prepared menu lunches consisting of a soup and huge plate of food here for as low as 4 Soles, normally 5 Soles. Using 5 Soles as the basis, that means that talking on the phone for ten minutes costs as much as a full, hearty, prepared lunch.

Again, it’s been a long time, but let’s say a comparable lunch costs $10 in the US. That would equate to a cost of $1 per minute in the US. I think that would be a hard pill for most to swallow, yet it’s the reality here.

Apart from having the inconvenience of having to put credit on their account in advance or risk not being able to make calls, the cost of a phone, even a basic one, is quite intense.

Now, if you are a small business or if you are someone who makes a lot of phone calls, but can’t afford a plan or contract, you can take an even more extreme measure to save on calls. I mentioned I pay 0.50 Soles per minute, but that’s because I elected to have the same flat rate no matter which operator I call. Alternatively, you can elect to make cheaper calls on the same operator and take advantage of various promotions that come up.

Some people here, as a result, end up carrying around a phone used for Claro and one used for Movistar. Having phones on multiple operators would be almost unheard of in the U.S. or Europe. Here, however, it might actually be cheaper in some cases. But again, both phones would have to be purchased up front.

Just another example of how it’s expensive to be poor. 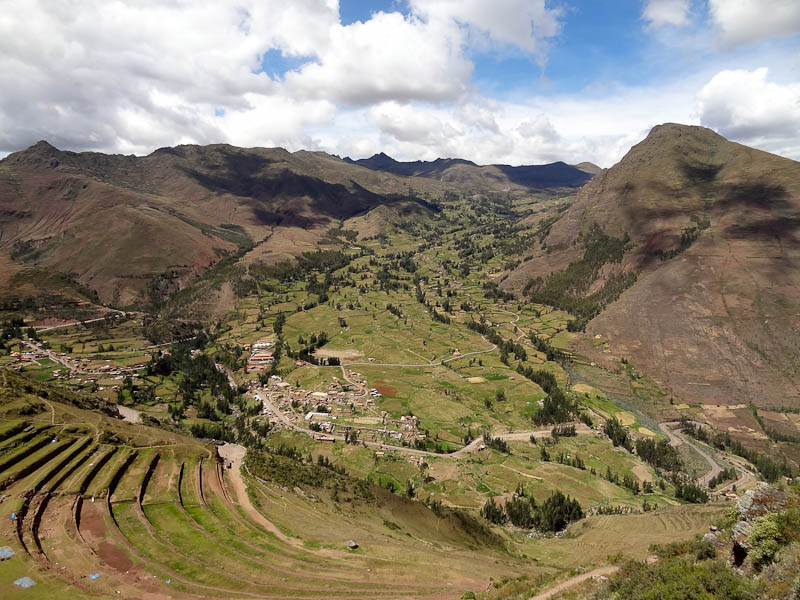 Pisaq – Fortress, Cemetery, Terraced Agriculture, And A Partridge In A Pear Tree
0 replies