Holi is a Hindu festival celebrated primarily in Northern India and Nepal. It’s called the festival of colors and by no means does it disappoint.

Holi is celebrated as one of the many good triumphing over evil stories in Hinduism. In this case, a devotee of Lord Vishu triumphing over Holika (where the term Holi comes from), a false good who wanted people to stop worshiping the gods and instead worship him. In fact, Holika was burnt to death and the only religious worship occurs on the eve of Holi where huge bonfires are held and people walk around the fire throwing the ferns of a plant into it. The one I took part in is to the left.

Holi also ushers in spring and its wonderful colors. But it also, perhaps for the only day of the year, eliminates the rigid class hierarchy here in India. People throw colors in the streets and generally celebrate together. Although someone of the top and bottom caste wouldn’t necessarily associate any other day, on this day one may throw color on the other in the streets. Similarly, where age is so revered here that people are supposed to touch the feet of their elders to show respect, is instead replaced by grabbing a handful of powder and throwing it at their face.

This also ushers in some unwanted behavior. Not everyone walking down the street wants to be doused in color. Doctors still have to go to work, police still have a job to do, etc. Kids often fill water balloons with water and color and throw them at passersby. Some color packets are sold with the express purpose of staining clothes and making it difficult to remove from the skin for several days.

Also, most color powders are made of artificial substances, many of which are harmful. Traditionally, however, the colors were made of various herbs of Ayurvedic (traditional Indian medicine) medicinal properties, which helped combat the spring flu season.

With that, enjoy the Holi festivities I participated in with the images below courtesy of Satish Saxena. 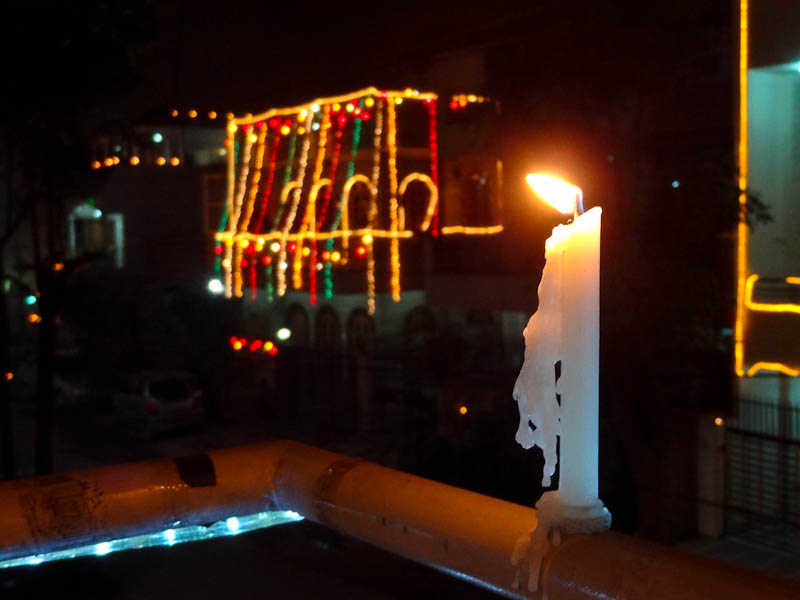 Trying Not To Die Before Leaving India
Scroll to top