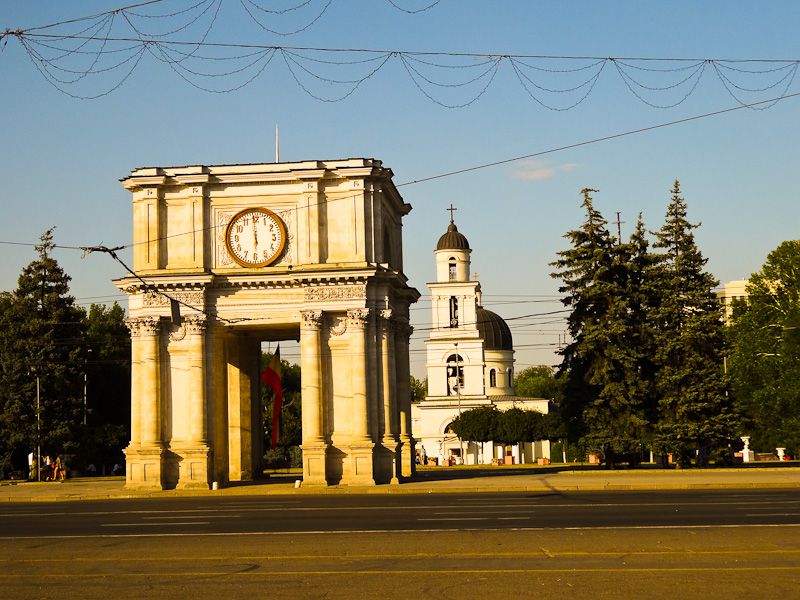 Republic Of Moldova At The Border

Moldova. What images does this country generate in your mind? No really, I’m curious.

For me, I had no idea what to expect at all. Moldova was the 69th country I visited, yet there are still so many places that I don’t have any idea about, places I can’t picture ahead of time.

In this sense, Moldova was a bit underwhelming. As exotic as I thought it would be given my lack of precognition, it was quite normal, quite bland. Chisinau, the capital, looks like a European city that has grown up behind the Iron Curtain.

Still, despite the lack of exoticness, the people made up for it. I met so many people in Moldova thanks to couchsurfing and they were all so fantastically nice. Truly.

And the apartment I couchsurfed at was the second Soviet-era apartment I stayed in, the first being in Lviv. I loved both of them. Though I was just a kid when the Soviet Union disappeared, the greatest propaganda movie in history, Rocky 4, still forms the basis of my understanding of the Cold War. Ok, I’m exaggerating a bit. But still, it’s fascinating to be here.

My first impression of Chisinau was that it was small. With a population of just 670,000 it’s a city very easy to cover on foot. It’s just big enough where not everyone knows each other, but small enough that when a local person walks into a restaurant or down the street, chances are they will see someone they know. I kind of like places of this size.

Moldovan money was… cute? Not sure what word to use. It was small! See the image below.

These are all relatively small bills since, you know, I’m not a high roller. It’s just a collection of currencies in my wallet at the moment (from top to bottom: Indian Rupee, Myanmar Kyat, Euro, Turkish Lira, US Dollar, Ukrainian Hryvnia, and Moldovan Lei). All of these currencies have bigger bills as the denomination increases, which makes life a bit easier for blind people. I don’t know why the U.S. has not adopted this.. Moldovan money gets bigger as well, but the bills still look like monopoly money.

In Moldova the people speak the Romanian language and most people also speak Russian. Actually, the way it was explained to me was that after the collapse of the Soviet Union Moldova wanted to be incorporated into Romania but Romania didn’t want them. It sounds like a strange story, ending up independent but not by choice. Anyway, since I speak Spanish and Romanian is a Romance language, for the first time in many months I understood some things I was reading and hearing.

Speaking of independence, Moldova is home to a breakaway republic called the Pridnestrovian Moldavian Republic. In English it’s usually just called Transnistria. They have their own currency, postal system, flag, etc. But it’s not really recognized by anyone else. Most Transnistrians have Moldovan, Russian, or Ukrainian citizenship. A short war was fought here after the disillusion of the USSR that resulted in a ceasefire that has held until today. It’s not dangerous and I generally have a soft spot for these kinds of places. But to avoid trouble I intentionally took a bus that avoided this region when I left for Odessa, Ukraine. More info can be found here.

For my last hour before leaving Chisinau I went to a restaurant for lunch before catching my bus. It was a bit busy, but there were seats available. An elderly man sat at my table after asking if he could. We couldn’t talk because we shared no common language, but we had lunch together nevertheless. It was really nice and I think we both appreciated each other’s company. The perfect way to close out a post about this nice and beautiful place.

Boards To Read The Newspaper For Free

I’m Not Messi But I Am A Globe-Trotter

Restaurant With A Marshrutka