Cartago is the capital of the Costa Rican state by the same name. It’s known as the most religious place in Costa Rica and its Basilica de Los Angeles is effectively the national cathedral.

Cartago is 22km/15mi from San Jose, so it’s quite easy to hop on a bus and make Cartago a day trip. It’s noticeably cooler in Cartago than San Jose or other parts of the country. That’s due to the 1435m/4700ft elevation. In the summer, this makes for a pleasant refuge. In the cold and rainy season, which is when I was here of course, it was very cold. In fact, it was cold enough I could see my breath – something I never thought possible in a Costa Rican city. Still, I could see my breath even though the temperature was about 20C/68F. I’m not sure how that works.

I stayed in Cartago for about 10 days after having been rescued from homelessness by the awesome people at Casa del Indio. While here I volunteered at an Hogar de Pan orphanage.

One of the first things I did in Cartago was go to TEC (Instituto Tecnológico de Costa Rica). It’s their premier engineering university and I stayed with some forestry engineering students at Casa del Indio. They took me to the student-run garden and it was great. I helped plant some lettuce in the garden!

Me At TEC Garden

Speaking of which, I loved these colorful hydrangeas. They were just in the front yard of a local house, but I would stop to admire them daily on my way home. So many colors!

As mentioned, the basilica is what normally draws tourists to the city. You can see it below.

In the center, there are ruins. Well, they aren’t real ruins. A building was being constructed and then the 1910 earthquake struck. The project was abandoned due to the damage and these ruins are what remains. Still, they look pretty cool and they are literally in the center of the city. I think now there are plans to continue construction, but I’m not 100% sure.

Also near the center is the central market. It’s a normal market, though of course the fruits and vegetables are tropical. Inside are various sodas, or small restaurants. I had chifrido, a local dish consisting of rice, beans, vegetables, nachos, and chicharron. It was a bit expensive at $3, but wonderful!

I didn’t eat out too much in Cartago, but I really liked this restaurant. It had wifi, a friendly staff, local food, and cheap prices. I ate there a couple times and they had great coffee as well – great since I was always freezing!!

The Cartago Museum mainly has art exhibits. I’m not a big fan of art, but I didn’t mind strolling through this museum. It’s small and there are lots of different kinds of art on display. Maybe some of it would be considered alternative art? I’m not sure. But I enjoyed it. It also has computers the public can use to access the internet for free, or you can bring your own and connect. It’s the fastest connection in the city and where I did my TV interview.

Well, that’s it. I had a great time here in Cartago and really felt at home quite quickly. I had to leave in a hurry since I changed my plans and decided to add Venezuela to The Happy Nomad Tour. Otherwise, I was quite happy to stay longer despite the fact that I was always freezing!

Worst Border Crossing Yet – The Not-So-Welcome To Panama Experience

Entering Costa Rica And The Green City Of San Jose 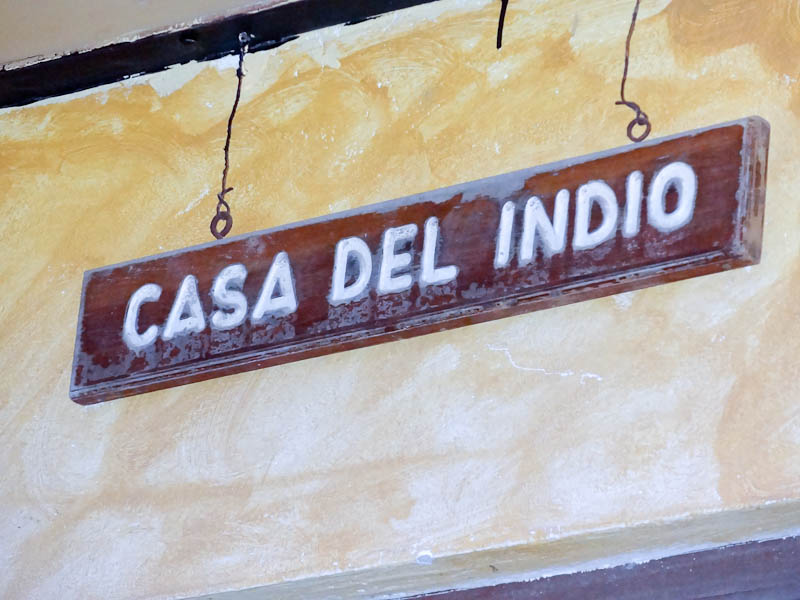