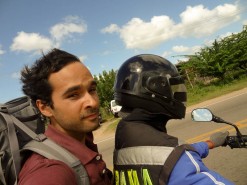 Many people have asked how I “live” while traveling. I’ll try to answer some of the basics here.

How do I bathe?

My Shower In Chichica, Panama

Well, I bathe the way the local people I stay with bathe. This meant nice, warm showers in Mexico, Guatemala, and Honduras. It meant filling a bucket and dumping it on myself in El Salvador and Panama, and it meant cold showers in Costa Rica, Panama, Venezuela, and Colombia. Pretty self explanatory.

My showering frequency is not what it would be in “normal” life. I shower when I can. Sometimes I’ve gone three days or so without one. Luckily, I am blessed with great body chemistry combined with a passion for eating healthy food. Only on a few occasions in my life have I had noticeable body odor (to myself anyway! 🙂 ). So I am pretty lucky that I can bathe less frequently than I want and be fine. But in general there is no need to bathe daily despite how you have been raised to think. Still, I do bathe daily or every other day.

The only system so far I haven’t liked regarding bathing is the electric water heaters I used in Guatemala, Honduras, and Colombia. Basically, it’s like attaching a toaster to the shower head and the water heats up as it passes over the heated coils. It also means it’s prone to sparks and killing innocent bathers! I personally saw it sparking twice In Honduras, both times after changing its setting from hot to warm. I was lucky, but they aren’t called “widow makers” for nothing.

That said, taking hot showers is a luxury I appreciate more than ever as I’ve gone months without a hot shower on this trip.

How do I do laundry?

I only have two pairs of underwear, so I wash the pair I’m wearing in the shower regularly – unless I’ll be traveling soon and they won’t dry in time. 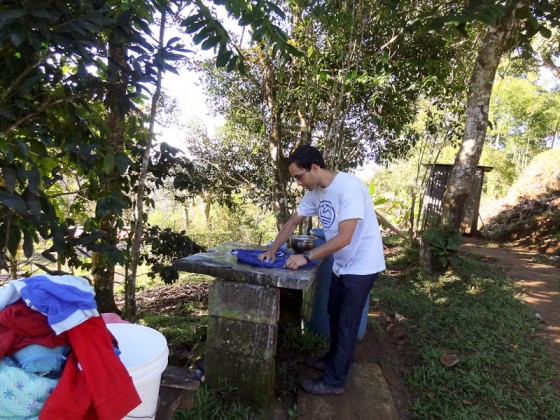 Washing Clothes By Hand In Panama

For the rest of my clothes, I use washing machines when they are available. But so far they haven’t been available frequently. So I have washed all my clothes by hand in the shower at times. In Latin America many houses have something called a pila. It’s basically a concrete sink attached to the outside of a house. You can wash clothes by hand using soap in the pila.

Methods differ from place to place (or perhaps family to family). When in El Salvador, they made soapy water the day before and let all the clothes soak overnight. In the morning, they added soap directly to the clothes, agitated them by hand, rinsed them, and hung them to dry. In Panama, it was the same procedure minus soaking the night before. And when I say soap, I mean a bar of soap, not powder or liquid.

My Clothes Hanging To Dry In El Salvador

I have about a week’s supply of clothes. To make them last longer, I wear things more than once. Again, great body chemistry. And again, even in your case there is probably no need to wash your clothes after one use. Psychologically it feels wrong or dirty, but chances are you don’t sweat much during the day and it’s perfectly acceptable to wear your things more than once.

In my case, it extends the need to wash my clothes and gives me more flexibility in taking care of this necessary task. Only in Honduras and Guatemala did I pay for my laundry to be done because the places I stayed had no washing machine or pila. And both places were more expensive than a laundromat in the U.S.

I buy normal consumables like toothpaste and toothbrushes along the way. I use natural deodorants and was lucky to find one in Costa Rica. In Leon, Mexico I bought another dress shirt and another pair of jeans. I only brought one pair of jeans from the start, which was stupid. The pair I bought in Mexico are black and can be used in semi-formal venues.

I also bought a sweatshirt in Antigua, Guatemala since I was freezing. It came in handy in Cartago, Costa Rica too and on all my bus trips since the drivers blast the air conditioning. I have bought socks along the way. But I haven’t made any major gear purchases since I started the trip besides the package I got in Bogota with new waterproof shoes and an LED headlamp.

I usually have a bag of oats/oatmeal on me when traveling in case I get hungry. Not much taste to it, but I don’t mind and it fills my stomach. Cheap too!

The U.S. State Department has a website that lists the entry/exit requirements for every country. In Panama and Venezuela I had some nice and expensive surprises because the website didn’t match reality, but generally it’s accurate and lets me know what I need to do for each place I go – which is often nothing.

When I get to Asia and The Middle East, there will be more places where I’ll need to apply for a visa in advance.

Obviously there is risk in traveling. I think the risk of illness is often overblown, but I have gotten sick on the trip twice already. First was in Honduras and I had a bout of diarrhea I couldn’t conquer on my own after a week. It was probably Giardia and a 3-day course of anti-biotics did the trick. Second was in Pereira, Colombia with much the same symptoms but two days of rest/sleep fixed everything.

Otherwise, I had a filling fixed in Honduras. Nothing more. Before I left the U.S. I got health insurance via WorldNomads.com. It’s more for catastrophic sickness than anything else. There is excellent coverage in the event of a grave illness and there is $10,000 in life insurance – plenty since I have no debt. The rest I pay out of pocket, which is fine since medical care outside the U.S. is significantly cheaper.

Whether you are a girl or a guy, have it in your backpack. You never know when nature will call and there are more places in the world where you won’t find it in the bathroom than where you will – including Latin America where the bathrooms are chronically lacking toilet paper and paper towels.

Just try not to leave with a tail…

I’m not sure what else to add here. If you have any questions about the basics, leave a comment and I’ll answer it or make a new post to address it 🙂

How The Happy Nomad Tour Rolls – Being Away From Family 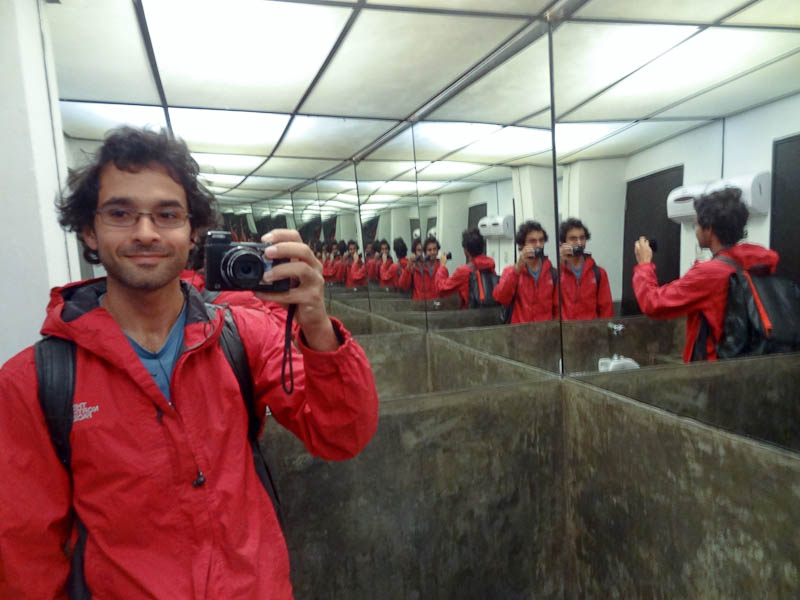 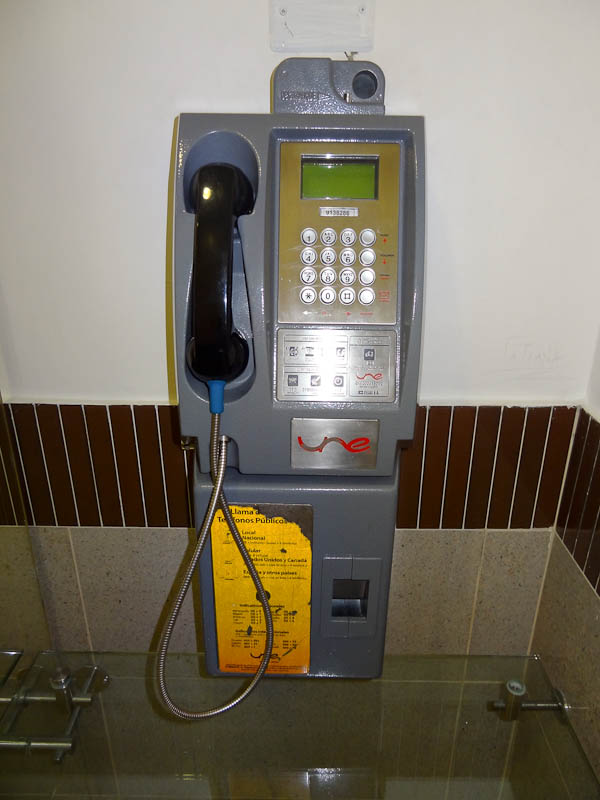 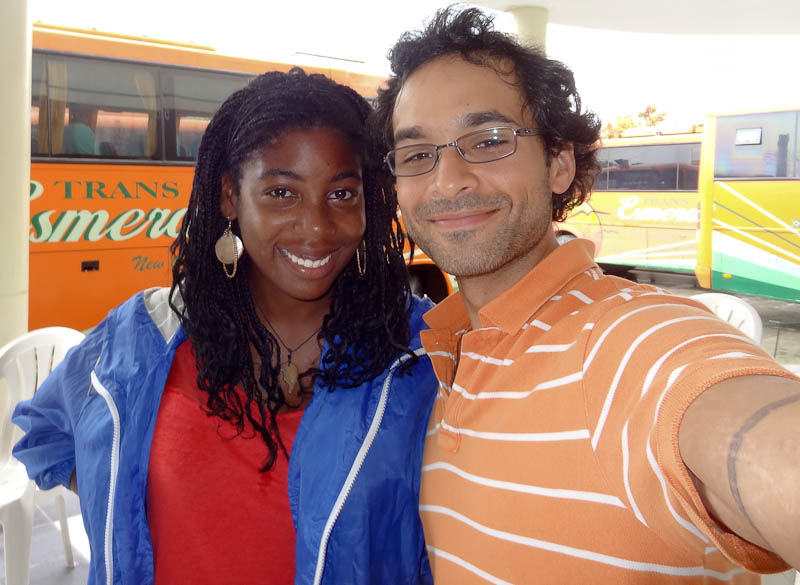 My Pursuit Of Happiness And The Changing Definition Of What It Means To Be ...

Photo Friday – Middle Of The World – The Equator, Ecuador
Scroll to top