I arrived in Pereira by bus after being both robbed and sick the night before. I was still sick upon arrival, having had some salted crackers and watching them run right through me.

I stayed with Lina in Pereira and she was an amazing Couchsurfing host. She was, by far, the best at maintaining contact and arranging meeting points, etc. It was a welcome change from the disorganization I’ve become accustomed to.

She also took great care of me while I was sick and I am forever grateful for that!

I met her at the bus station and we took a Chiva up the road to where she lives. Chivas are traditional aisle-less buses that aren’t very common in Colombia anymore – apart from the souvenir shops where you can buy mini-Chivas of all different sizes.

Me In A Chiva

It was a fun experience though all I wanted to do was go and lie down and rest. So that’s what I did. The first day I spent horizontal trying to recover from whatever bug was causing me so much discomfort.

Interestingly, Lina just came back from living in the UK for some time and she had a postcard from Stirling, Scotland on her desk. I sent the same one to my parents back in 2005 when I lived in Scotland! Braveheart is one of my favorite movies and Stirling, home of the Wallace Monument, was my first stop upon arriving in Scotland.

The second day I took a tour of the farm where Lina lives. She rents the upstairs part of the house and the family below has a farm where they grow a few crops and raise chickens for consumption.

On the farm is a very aggressive rooster. He will run around and peck at your ankles. I’ve never seen anything like it.

We saw chickens that were 4 days old. There were 150 of them! Sadly, during the day they need to be woken up hourly so they’ll eat. Otherwise they’ll die. Under the care of a mother, this process is natural.

When a chicken is ready to be harvested, it is knocked unconscious, hung upside down, the throat is slit, and the blood is drained. There is a machine that removes the feathers from the chicken. It only takes about 30 seconds. Then, the rest, you can imagine.

Where The Chicken Becomes Food

On the farm they also have two naturally growing coco plants, the plan that gives the world cocaine. There is a lot of chemical treatment between coco leaf and cocaine though. Since my stomach didn’t feel good, he said to eat a few leaves and he gave me a branch from another plant and told me to make tea out of it. I tried both. I don’t know if it helped, but I did feel better as the day went on.

Remedy For My Stomach

Walk In The Neighborhood

That afternoon we went for a small walk to explore the neighborhood, buy some water for me at the grocery store, and have a late lunch. This lunch was the first meal I had since getting sick and although I didn’t finish everything, it felt good to be able to eat again.

On the walk I discovered Colombia’s Jeep transport. They basically serve the same purpose as pickup trucks did in Central America.

Interestingly, the owner of the farm also has an internet café just down the road. Pretty interesting contrast of the old and the new!

On my third day in Pereira I explored the city a bit. Admittedly, I felt a bit uncomfortable after the robbery incident a few days earlier, but I didn’t let it stop me from getting to know the city.

In the end, there isn’t much to see. There’s a Plaza Bolivar, as there is in every Colombian city. There are a few shopping centers, and that was about it. It’s not a touristy city, but that was ok with me. It was nice to see a normal Colombian city in the Zona Cafetera/Coffee Zone.

A strange name for a store

This gas station felt compelled to hang a sign saying “The high price of gasoline has never been our fault.” My hosts suggested maybe they hung the sign because someone threatened to kill them because of the high price… 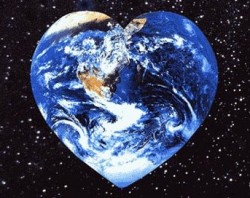 Salento, Colombia – A Small Town With A Lot To Offer

Volunteering At Angeles de Medellin in Medellin, Colombia – The Children Are Our Future
4 replies

The Two Extremes Of Latin America – A Story Of Insecurity And Kindness...

How The Happy Nomad Tour Rolls – Transportation
Scroll to top