Traditional Hoi An Way Of Life

Hoi An is one of the stops on the Vietnamese Tourist Trail. It used to dominate trade in Southeast Asia a couple hundred years ago and was a melting pot of trade among Asians, Arabs, and Indians – later Europeans as well.

With such a rich history comes a very beautiful town. The streets are narrow, but not too narrow. The color of choice is yellow and the town is very compact.

Today it caters to tourists, but there is still a lot of charm from yesteryear.

There are a couple preserved, traditional houses you can visit. They are interesting glimpses into the town’s past and the town’s multicultural history. Seven generations have lived in the house I visited and there are Chinese, Japanese, and Vietnamese influences inside.

The town floods every year during rainy season. In one picture below, you can see the marks showing how high up the wall the flood was that year. Pretty incredible!

There is an artistic performance for tourists at an art/cultural center in Hoi An. I had the pleasure of watching the traditional song and dance, and hearing traditional Vietnamese music.

The performance by the guy with a beard was a bit hard to understand. But it had something to do with fishing.

Below are the videos

Otherwise, I only spent a few hours here on my way to Da Nang. Below are some other pictures of the city.

Welcome To Hoi An 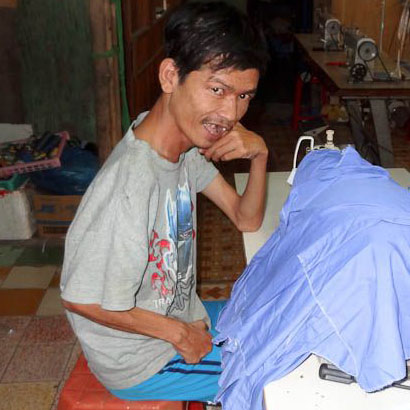