In Cagayan de Oro, I stayed on a farm about 45 minutes outside the city. To head south to Davao I had to take a motorcycle taxi to a quarantine area a bit farther south where the bus would stop and I could hop on.

I arrived and it was a very familiar site. It reminded me a lot of Central America. Buses had to stop for the quarantine and vendors descended on the bus like vultures. They had simple prepared Filipino dishes for sale as well as convenience items like peanuts or bottled water.

The Army Of Vendors

As I stood next to stall after stall selling the exact same items, one of the vendors approached me. I’ll call him Mr. Nice Guy. Several buses had already gone by and I hadn’t gotten on, so I thought maybe he was just curious.

I didn’t want help though..

Vendors Descending On A Stopped Bus

In The Philippines and in many countries I’ve been to, there are people who try to be “helpful” and they expect a tip for their “kindness” and/or services. Here in The Philippines such people are called Fixers, though Fixers also do things like buy tickets and then sell them to unsuspecting people at a surcharge.

I assumed this was no different. I didn’t really need help. The buses all put their destination in the window. You can tell if a bus has AC or not based on whether the windows are opened. So it was totally within my abilities to get on the bus under my own recognizance – especially since they were stopping for about 10 minutes to let passengers off to buy food and go to the bathroom.

Time went by and the Davao bus I needed came. The moment I started walking toward the bus, Mr. Nice Guy appeared and, with a smile on his face, told me my bus was over there.

The Police At The Checkpoint

I thanked him and walked over there with him. He told the driver I was going to Davao. The driver and I walked around to the other side of the bus. He opened up the luggage compartment under the bus so I could store my bag.

When I went back to the front of the bus, the vendor was back at work trying to sell stuff to the passengers getting off the bus. He gave me a smile and a thumbs up.

So, I reached in my pocket and pulled out a 5 Peso coin, or $0.12. It wasn’t much, but at 5 Pesos each, presumably it takes many sales of bagged peanuts to earn those same 5 Pesos.

He politely refused and said “no, please, just enjoy your trip.”

I don’t know. I was taken aback, but not entirely. Despite my bad experience in Cebu, the Filipino people are legendary for their politeness and niceness. This was just one small example of all the niceness I have experienced here.

I still ended up giving him the 5 Peso coin, but I had to buy a bag of peanuts to make him take the coin.

I asked him for a picture to remember this tender moment and he agreed. I said he was my “Filipino Amigo” and he and his fellow vendors all smiled and laughed. I think it was just as much a fun moment for him as it was for me.

So, to the hardest working vendor at the Manolo Fortich quarantine area, Mr. Nice Guy, I thank you for your help and for helping me show the world how nice you and your countrymen are.

Me And Mr. Nice Guy 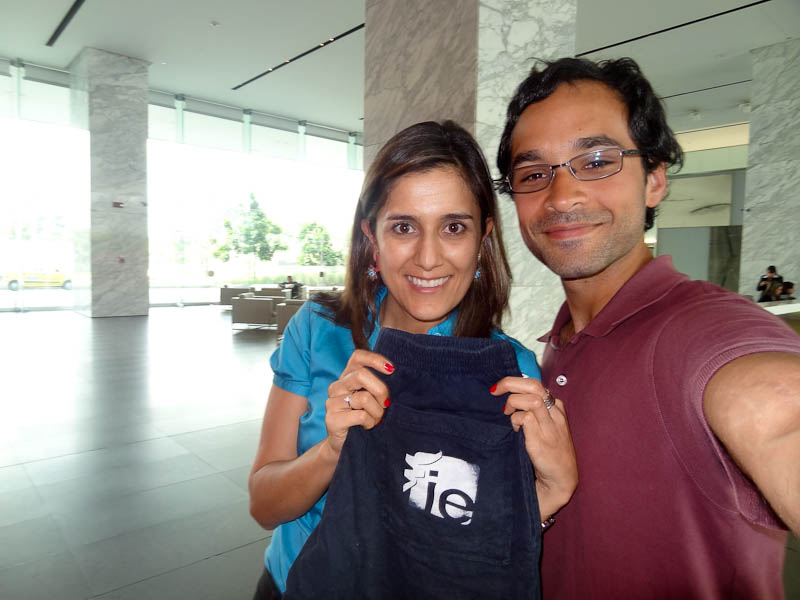 A Day To Remember – Immigration, Family Lunch, Marching For Peace, and Mariachis
2 replies

Some Inspirational Advice For Whoever Wins The Election Today

Intro To Davao, Philippines – A Robbery And A Community Response
Scroll to top