Raw. it’s the only word I can think of to describe South Asia. This is humanity at its rawest. Within a minute you can see some of the most beautiful aspects of humanity as well as the worst, phenomenal wealth and phenomenal poverty, amazing smells and horrid smells, and everything in between.

Even for the well-traveled, this is a tough part of the world to be in and many opt for seeing it in luxury.

I arrived in Nepal and stayed with a family about 30 minutes by foot from the center of Kathmandu. They rent two rooms in a large house full of families. I think the atmosphere was difficult and I had a hard time adjusting, especially coming from supremely comfortable Bangkok.

Cockroach On The Backspace Key

There were cockroaches, though they were much smaller than the ones I’m used to and didn’t fly. That said, they were everywhere. Until now, I usually only saw them in the bathroom, maybe the kitchen. Here, every room. The “kitchen” was in the bedroom and it seemed like every meal started by frying onions. The air, or the smell, it brought tears to my eyes and stuffed up my nose. Without proper ventilation, it’s really intense.

The toilet was a squatting kind, which I’m fine with. It’s more hygienic in the end, though bathrooms here always smell bad. As much as I hate the overuse of chemicals in our everyday life, they really do mask the reality of what bathrooms are supposed to smell like.

The shower was a bucket of water and a scoop. No problem. I’ve showered like this plenty on my trip so far. But the water came from a well, and Kathmandu mornings are cold! The cold shower + cold weather turned parts of my brown body purple that aren’t supposed to change color!

Families here are still very male-dominated and it’s really hard for me to accept. I could feel the stress the mother in my house was under, but there was nothing I could do but accept the culture here.

The roads are barely big enough for two vehicles, but motorcycles, animals, bicycles, and people also have to use them to get around. It makes for a lot of chaos and an absurd amount of horn honking. 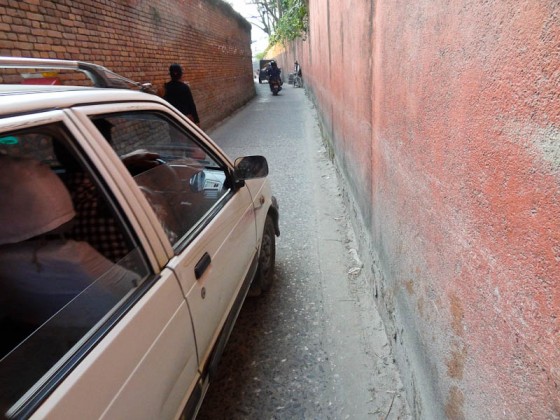 Walking Down The Street Between The Indian And British Embassies

Walking Down The Street

I love Indian food, but the food here seems more bland. It’s not nearly as spicy for sure. One of the most popular dishes is called Momo. It’s like a Chinese dumpling exterior with a Nepali filling of chicken, vegetables, or buffalo with spices. They are very cheap and good!

There are constant electricity outages here. It’s on a schedule, so you know when you’ll be without power, but during the dry season (now) you can be without power 6-8 hours per day. It’s quite hard to conduct business and life around what many in this world take for granted – a constant supply of electricity. I have been in places with bad infrastructure before, but it’s the first time I’ve experienced something like this in a capital city. It just stinks for people here, as inevitably everyone ends up paying for this via higher prices due to all the expensive backup systems all businesses must have.

Although this post is quite a departure from the norm, positivity, it’s how I felt my first few days here. As I mentioned, it was difficult to adjust.

That said, it didn’t take long to see the beauty and the amazingness here. Yin and Yang. It just took a bit of exploring and interacting and I was able to scratch beneath the surface to see why this part of the world is special.

Below is a sunset I saw on my second day here. It helped kickstart the positivity within me to see the other side of the story here, and reassure me that this is a special part of the world I’m lucky to get to experience. 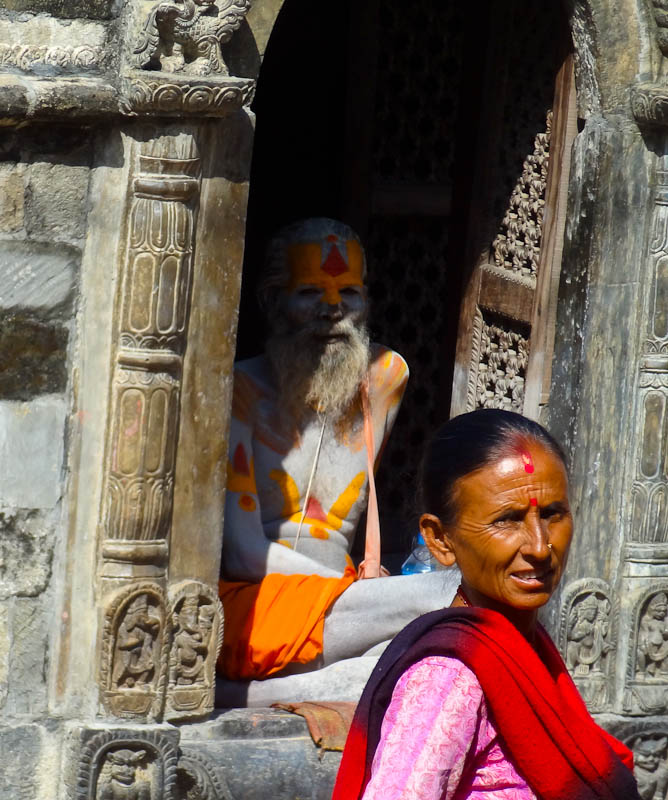 Photo Friday – The Apple Of My Eye – Raleigh, NC, USA
Scroll to top