On May 12, 2014 I had my hair cut and donated my hair to Wigs For Kids. What a long and incredible journey to get there! What started out as a tribute to my uncle back in 2011 ended up being a part of me, literally.

Nearly 3 Years In The Making

I had never had hair longer than a couple inches before, so it was truly an adventure all the way through. I didn’t know that my hair was curly. I also didn’t know what a pain it is to maintain hair! So, to all who have long hair I tip my hat to you. I had long hair but apart from the occasional combing, I did nothing to maintain it.

My hair was cut in a nice salon called Bella Capelli. After making the appointment I discovered that the owner of the salon is a cancer survivor. She was quite happy to host my haircutting extravaganza.

My grandpa, aunt, uncle, and parents were on hand for the cutting, as well as the staff from Wigs For Kids. A cameraman from local news channel WKYC was there to film the event, though the footage ended up getting lost somehow and wasn’t used during my interview later on.

To donate your hair, several ponytails are made with rubber bands to maximize the yield from each haircut. In my case she partitioned my head into four ponytails and after nearly three years of growing my hair I got to see what I’d look like with pigtails 🙂

As she took the first snips, I have to admit it was a bit emotional. The reason for growing out my hair was an emotional one, of course, but as I said, my hair had become a part of me and now it was time for that part of me to belong to someone who needs it more than me.

After the four ponytails were cut she washed my hair and then buzzed it to a nearly-shaved level. In minutes I had gone from someone with crazy hair to nearly bald. It felt great.

It takes 20 ponytails to make one wig for a child battling cancer. Allowing kids to look themselves while fighting cancer gives them one less thing to worry about when the future seems so uncertain. If you or someone you know wants to donate hair, here is some information for you. Financial donations are accepted as well, of course. All wigs are given for free by Wigs For Kids, yet each one costs nearly $2000 to make. 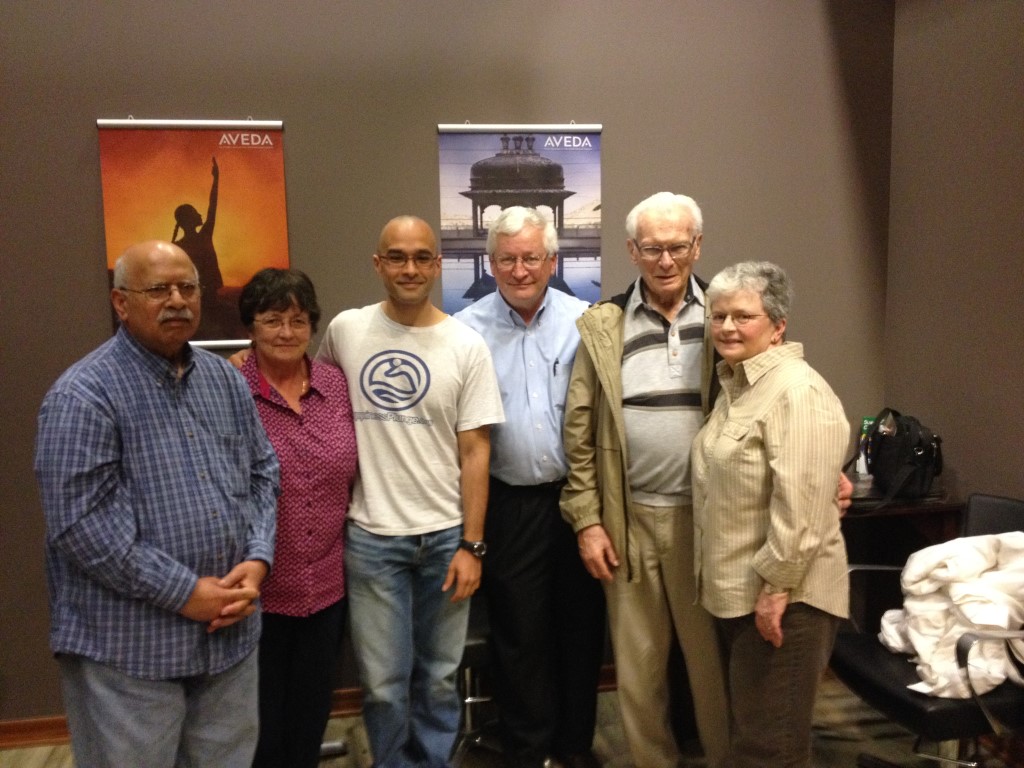 Leaving Peru, Arriving In The U.S., A Sad Goodbye, And An Unexpected Hello! 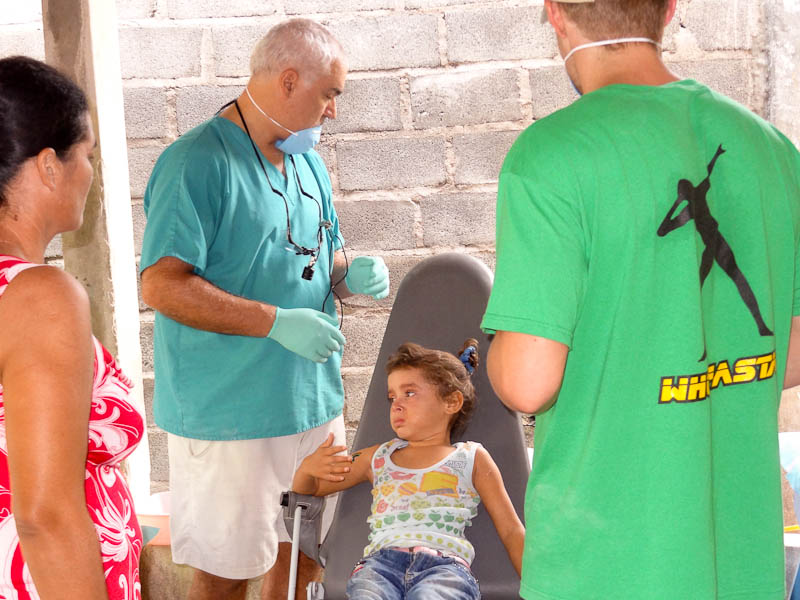 Sharing My Story With Cleveland
Scroll to top