As you read this story, you may feel like the title is facetious since many Americans have been arrested in North Korea under dubious circumstances. All I can ask is for you to put yourself in my shoes as I departed Beijing for Pyongyang.

On the day of departure, I checked in at the Beijing Airport for my flight on North Korea’s national airline: Air Koryo. We were told the day before not to pack lithium-based batteries in our check-in luggage. They should be carried in your carry-on bag.

I had three extra camera batteries that I put in my backpack, but for some reason I forgot to move one of my two power banks. If you are unfamiliar, a power bank is a big battery that you can use to charge devices. Since I was going to a country infamous for insufficient electricity, having a some extra power saved up to charge my phone and camera seemed like a good idea. Below is what one of these power banks looks like. 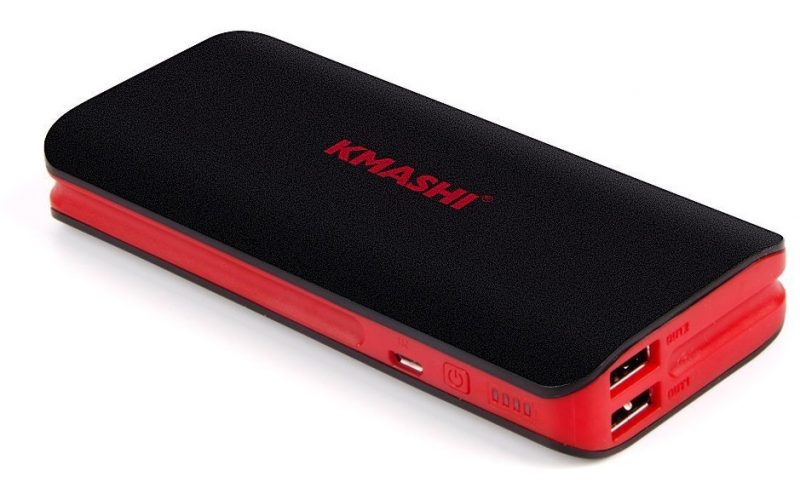 I put my bag on the belt and the check-in agent advanced it to the x-ray machine directly behind him. They asked me if I had a battery in my bag and of course I remembered immediately that my power bank was in there. They pulled the bag off the belt and I walked behind the check-in agent to take the battery out of my bag. There was a German guy also going on my tour who had to hunt for a battery in his bag at the same time.

I knew exactly where the battery was despite the severe jet lag induced mental fog I was experiencing. I took the power bank out and closed my suitcase. I handed the power bank to the security woman overseeing this operation and then waited as she disappeared for five minutes. When she came back she said “ok, put your bag back on the belt.” I put it on the belt and it passed inspection this time.

Satisfied, I started walking toward the gate as the rest of my North Korea group checked in. After a couple minutes of walking I realized that she never gave me back my power bank! So I hustled back to the check in counter. The guy running our tour asked what was wrong. He saw that I had to take out my power bank earlier and I told him that I never got it back. He snapped into action on my behalf to, with some attitude, demand that the security woman give me back my power bank. He presumed she may have tried to steal it.

She looked puzzled and said I never gave it to her. He then said to go pull up the surveillance footage. I doubted that this would be a possibility and it was already becoming more of a scene and incident than it was worth. He said to hang tight, that it wasn’t right for them to be stealing things from passengers. I agreed with him, but I also didn’t peg this woman as a thief.

Over the course of the next half hour, she cycled back through x-ray images to find my bag and get an idea of how big the power bank was. She looked all over the place in the security area behind the check in desk. She also x-rayed my backpack in case I had it in there and just forgot. Given how messed up I was from jet lag, I don’t blame her for doing that but of course it wasn’t in my backpack.

Then when she realized it had vanished, she kept on apologizing profusely. I didn’t want things to get this far anyway, so I was happy to just chalk it up as a “crap happens” loss and I didn’t think it would negatively impact my trip at all. Though this missing power bank was quite large (I could fully charge my phone 3 times on a single charge), I still had a smaller one with about half the storage capacity. I figured that would be enough.

Well, as I convinced her to just let it go and that it wasn’t a big deal, she followed me and said she would give me money to replace it. I didn’t want to take her money, of course. She pushed this idea a few times and I told her to forget about it. It’s not a big deal.

She walked with me to the security line. She said she’d be right back. I waited for my turn to go through security. While I was in line she came back holding a power bank. Mine was black and this one was white. She said she took it from a friend and she wanted me to have it. She’d buy her friend a new one. This was an acceptable resolution to my problem, of course, but I felt really bad that she went through all this trouble and in the end it may not have even been her fault somehow. 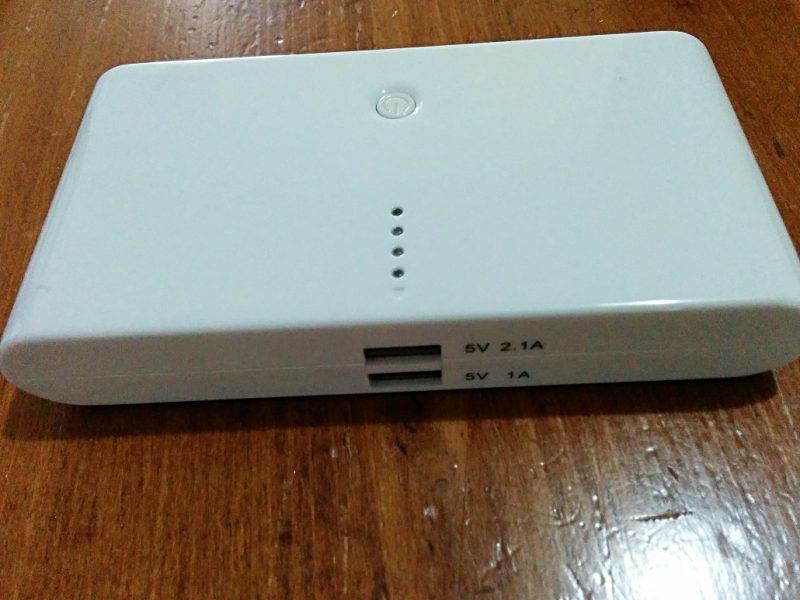 The Power Bank I Was Given

When I told the tour guide that she was trying to offer me money he said she was trying to save face and it might be rude if I don’t accept something to resolve the problem. So I accepted this new power bank and the situation was resolved.

She stayed with me as I went through security. I thought this was odd, but it was because batteries have to be screened separately there. So we screened my batteries separately in the x-ray machine. As the batteries went through the machine she waved goodbye. This power bank that she gave me was bigger than mine. The physical size was slightly bigger, but the capacity was three times bigger! This power bank was flagged by the security people for some reason. They asked me to go to a special office. The security person (not the security woman at the center of this story, but someone else) walked the power bank over to this office. The person in the office made a phone call in Chinese and read some numbers from the label of the power bank. It took a minute, but she gave me the OK. While I was waiting, a woman was brought there and her purse had what looked like brass knuckles as the part you grip to hold the purse straps. I guess anything that could be considered dangerous passed through this office.

That’s when it hit me. What if there is a problem with this thing? I just got it and I broke a cardinal rule of traveling – don’t accept anything from other people while you’re at the airport. It used to be standard for check-in agents to ask if you’re carrying something for someone else in your luggage, for example. Well, I was kind of doing that.

As I walked to the gate, the terror set in. What if there is something else inside this power bank? I plugged in my phone and it did, indeed, charge my phone. But still. It’s huge. What if there is something else inside? What if this is part of a setup and there is half a gram of cocaine or something inside this thing? That would be grounds for arrest in any country’s airport. I considered throwing it away in Beijing, but that may look even more suspicious on the CCTV cameras. If I was being had, this was a perfect setup!

Then again, it’s too perfect. I was walking away and later came back to get my power bank. She never pushed it onto me from the beginning. And she seemed quite nice. So I went with my gut and kept it. I realized that the paranoia I was feeling was a result of my destination and not the events that had taken place. I also vowed never again to get into such a situation.

As I’ve written this and you didn’t see my name all over the news, clearly I didn’t get arrested 🙂 Everything turned out fine. I ended up flying there just fine.

At The Gate, Ready To Go

As I replayed the check-in scenario over in my head several times after the fact, I really don’t know what happened to my power bank. The only plausible scenario I can come with is that while I searched for my power bank in my suitcase, I put my backpack on top of a stack of airport security trays (those trays you put your computer and other things in when you go through security). I don’t know why they were at the check-in area. It’s possible I put the power bank in the tray as well. At some point my backpack was moved from the original stack of trays to the stack exactly adjacent. I don’t know why. If the power bank wasn’t moved with it, maybe someone took the tray and later realized there was something extra in their tray. Or maybe whoever moved my backpack had sticky fingers and took it? Again, this is pure speculation and I’ll never know what happened. My tiredness and the fact that I wasn’t paying attention is ultimately what got me into this situation in the first place, which disappointed me since I consider myself a travel veteran. Lesson learned: pay more attention, don’t accept “gifts” from strangers at an airport even if they are a security guard unless you want to develop an ulcer, and don’t pack lithium batteries in checked baggage. 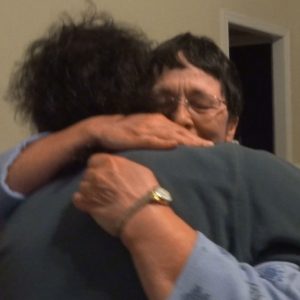 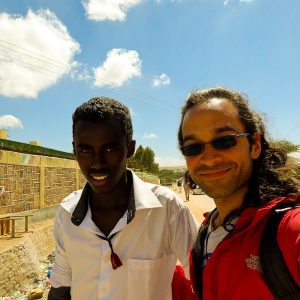 Is It Ethical To Visit A Place Like North Korea?
Scroll to top