In my previous post I talked about my lovely visit to Spain at the end of May. The trip to Spain came about in a very last-minute fashion. I had wanted to travel abroad this summer since it had been more than two years since I last visited a new country – an eternity for a happy nomad. I successfully finished the first year of my PhD program and wanted to celebrate by treating myself to some travel.

As might be expected, my optimal destinations are not typical. I had no interest in visiting Paris or the beach. I wanted to visit somewhere new and somewhere I couldn’t go during The Happy Nomad Tour. Somewhere crazy. Somewhere adventurous and off the beaten trail to discharge all the energy I had built up.

My first thought was to go to North Korea. I also thought about Iran or “The Stans” (Turkmenistan, Kyrgyzstan, Kazakhstan, Tajikistan, and Uzbekistan). All year I also considered going to Argentina and Uruguay since I have never been to either place and I figured I might be able to use my frequent flier miles to go there. Plus I can feel my hard-won Spanish proficiency fading from lack of practice.

As I considered the alternatives amidst a heavy workload, some options emerged more favorably than others. Tours to the Stans were too long at about 3 weeks in length, not to mention expensive. I don’t like group tours, but sometimes it’s the only way to visit a place. Turkmenistan is like that from what I understand. So is Iran for Americans, which is why I ultimately decided against going there. I am hoping that the improved relations between the US and Iran will mean that we can travel there and get a 30-day visa at the airport or at a land border the way citizens of dozens of countries can do. The alternative to a group tour to Iran right now is a private tour, but that would require a Ministry of Foreign Affairs approved guide and it would be very expensive.

From the start, I really wanted to go to North Korea though. I knew a guy who went there a few years ago and from him I knew it was possible. When I expressed surprise that he went there he said it was actually very easy. As I started looking into traveling there, the news was full of negative stories about North Korea. They held the first Party Congress in several decades and there was speculation that after failed missile tests they might detonate a new nuclear bomb ahead of the party congress. There was also the sentencing of this American student to 15 years of hard labor.

There were many places I’ve gone where I had preconceived notions that dissipated as soon as I got there and saw things for myself. North Korea was no different, and I knew this would be the case. Nevertheless, I was concerned about being arrested for arbitrary reasons or having trouble getting a visa. It took some time to find a tour company willing to take me.

In the end, I found a tour company willing to take me. They also happen to be the leaders in taking foreigners to North Korea and in pushing the boundaries for what is possible for foreigners to experience there. Again, going to North Korea means you have to join a group tour or pay tons more for a private tour. I found a group tour that worked with my dates and that had availability of affordable plane tickets. The tour departs and returns to Beijing and I found a great price for a ticket to Beijing with Finnair.

Finnair allows for a free stopover, which I planned to take advantage of. One of my good friends from India was planning to be in Helsinki for a conference by chance the week after my tour to North Korea. The timing was perfect! I could stopover and see her, and also take advantage of something I’ve wanted to do for a long time – visit Russia. You can take a ferry from Helsinki to St. Petersburg and be granted a 72-hour visa upon arrival. Getting a normal visa for Russia is a bit of a pain and is expensive. This is a bit of a loophole. Similarly, China has a 72-hour visa free scheme for Beijing and Shanghai, which I could take advantage of to avoid paying $140 for a visa and the expense of having to go there (the Houston consulate doesn’t process visas by mail).

It took lots of effort to figure out what I wanted to do and then figure out if I could do it with my meager budget. In the end, everything worked out but of course there is much more of the story to come! 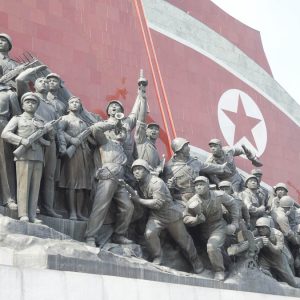 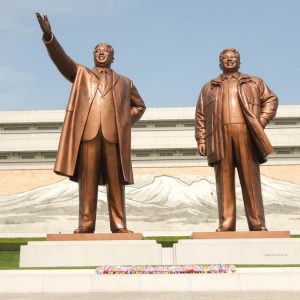 A Journey Through Pyongyang, North Korea

Get Away For The Weekend 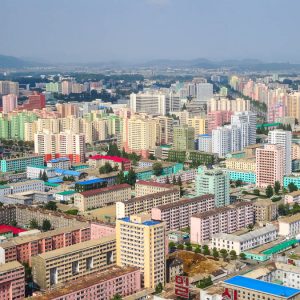 What It’s Really Like To Visit North Korea
0 replies

Is This A Setup So I Get Arrested In North Korea?
Scroll to top