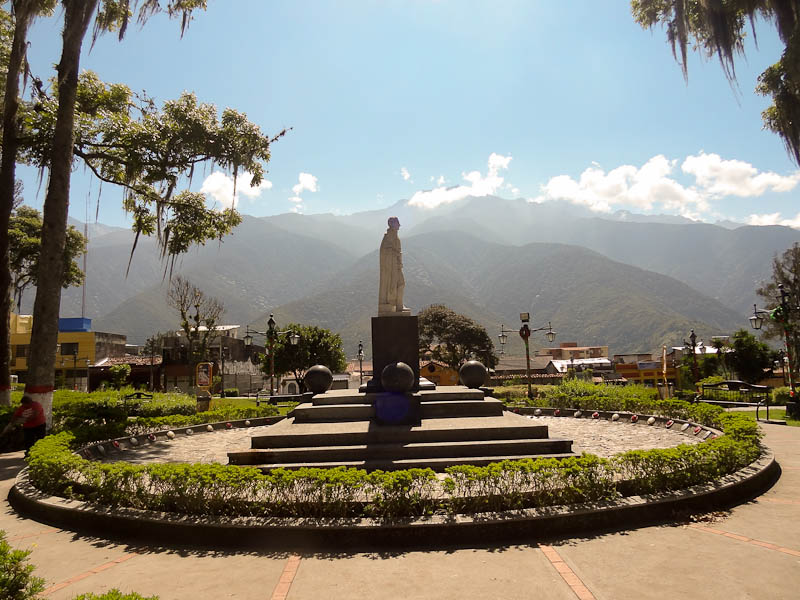 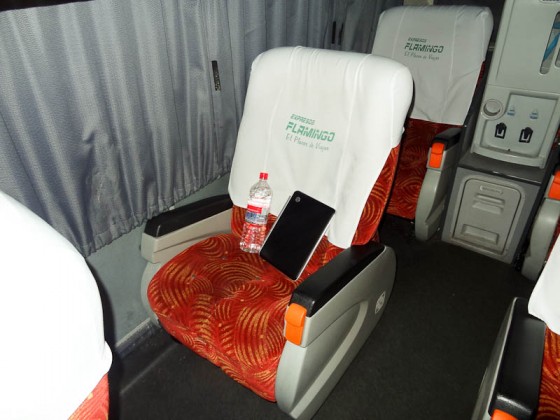 I left Caracas on an overnight bus to Merida. The journey was supposed to last 12 hours, but it ended up taking closer to 15. Still, the bus was the nicest I’ve ridden. It was a double decker and there were only three seats – two on one side and a single on the other.

Luckily, I got the single by itself. The seats reclined pretty far backward and I was able to sleep the best I’ve ever slept on a bus. Given that I didn’t sleep nearly enough in Maracaibo or Caracas, it was nice to catch up a bit on sleep.

The city of Merida is the capital of the state of Merida. It’s in the Andes Mountains and it’s really a beautiful town. The first thing I noticed upon arrival was how much cheaper it was than Caracas. In some cases, things were half the price they were in Caracas. Nice!

I wouldn’t say Merida is terribly touristy, but it’s certainly more touristy than Caracas or Maracaibo. There are lots of amazing things to do outside the city.

Merida’s claim to fame is its Teleferico (cable car). It takes passengers up to Pico Espejo at a height of 4765m/15,633ft. Amazing! Unfortunately, it has been under repair for several years and I couldn’t ride it.

In the surrounding areas, you can mountain bike, paraglide, go white-water rafting and canoeing, and bungee jump. Lots of great outdoor things to do in one place.

The mountains are the first thing you’ll notice when you get here. They surround the city and are beautiful as you can see below. 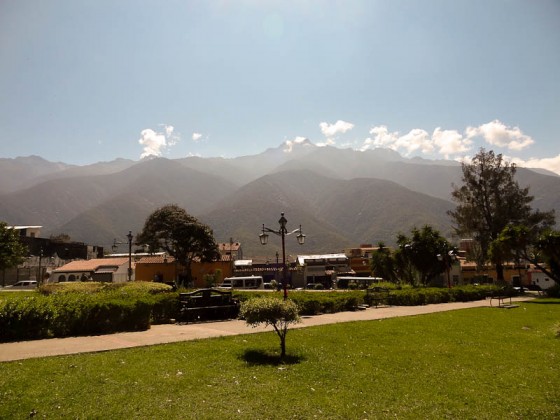 The city of Merida is very walkable and has good public transportation. There’s a huge university, called Universidad de Los Andes, making it vibrant and full of young people and their energy. 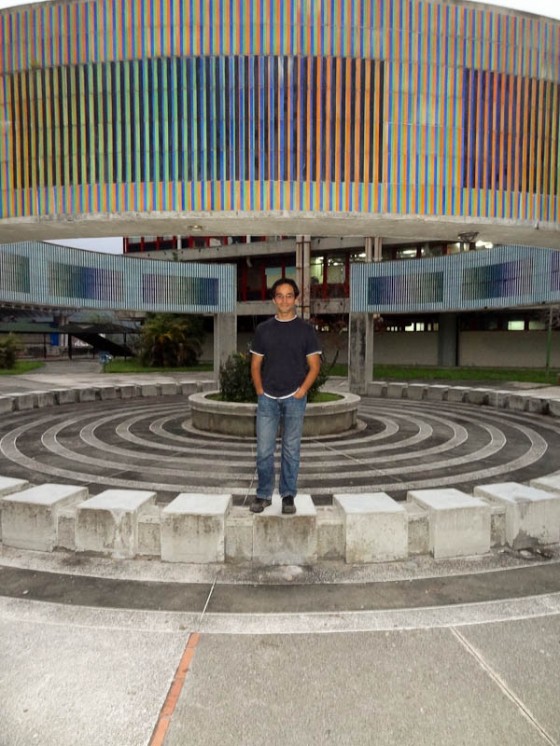 Me In A Plaza At Universidad de Los Andes

Me At Universidad de Los Andes With My Host Carmen

Me Hugging A Statue At Universidad de Los Andes

Merida has some interesting things to see. There are lots of nice plazas, a pedestrian street, and beautiful churches.

Carmen took me to a market and I got to see what sugar cane looks like for the first time. I got to try a drink made of pure sugar cane with some lemon, which was amazing and complemented my cacahapa with cheese perfectly.

Inside A Piece Of Sugar Cane 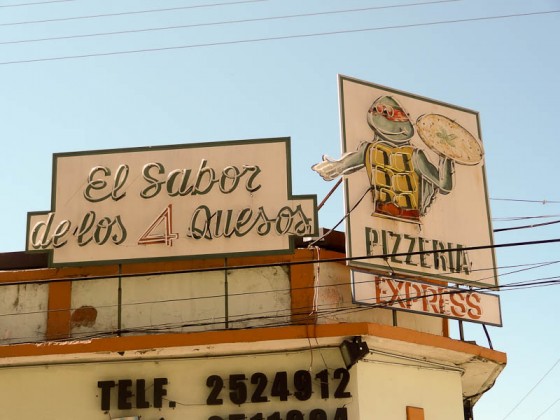 There is an ice cream shop here that is in the Guinness Book of World Records.

It boasts 800 flavors of ice cream, though it only has 100 available at any given time. They have strange flavors like hamburger and rice. There is often a line to get in at night. Pretty interesting!

I didn’t try any due to my lactose intolerance. The cheese cachapa above was enough lactose for the month!

Inside, they have a very organized amusement park-style line to keep sanity where chaos could otherwise ensue. Nice!

Lastly, there was a mural with a picture of John Lennon and the Spanish translation of his song Imagine. As I mentioned in the post about my anthems, Imagine is my favorite song. How cool to discover this and there’s no better note, pardon the pun, to end this post on. 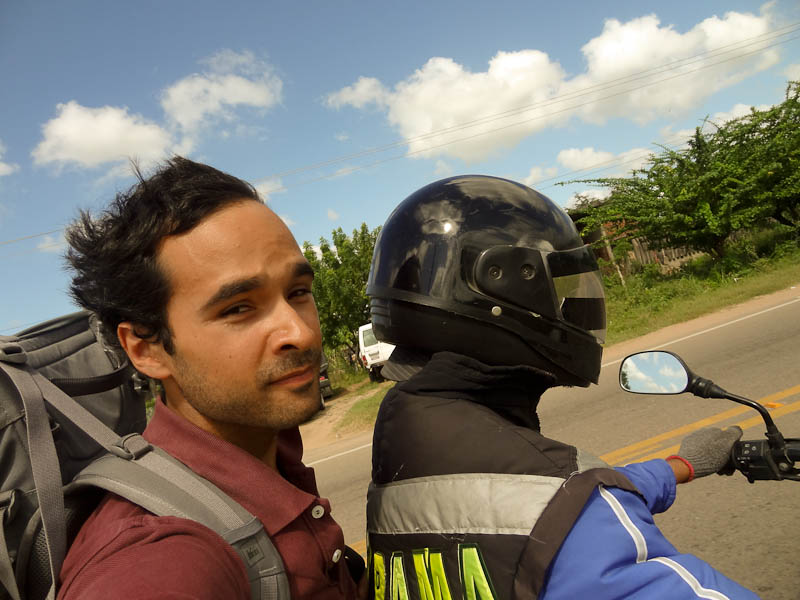 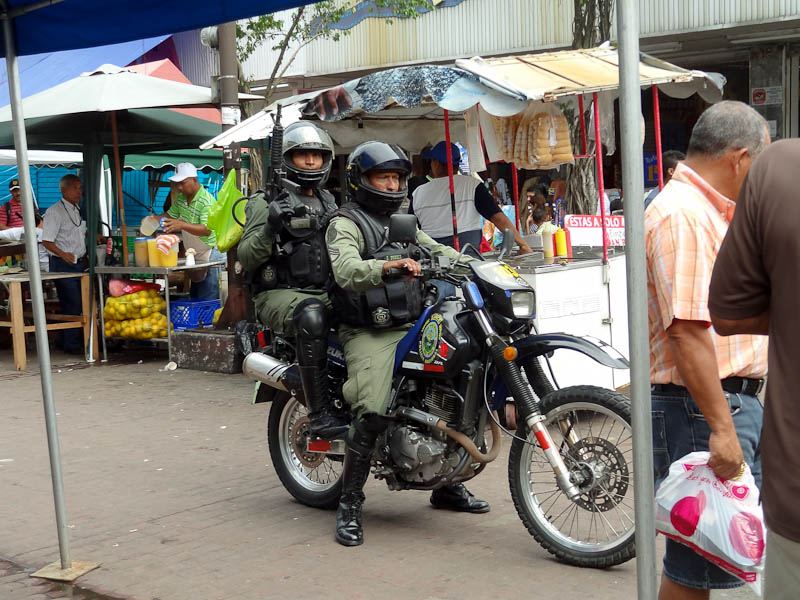 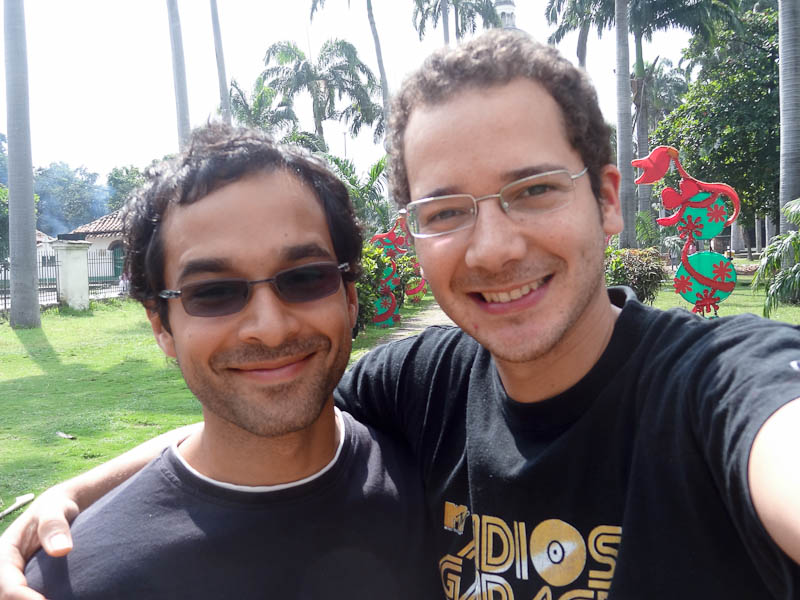 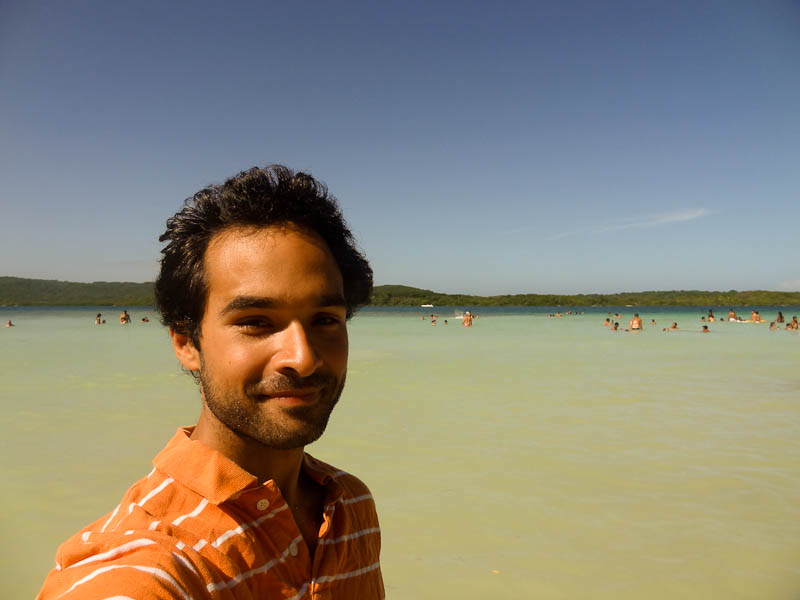 Together, Let’s Help Kids With Cancer!