Mtskheta is one of Georgia’s oldest cities. In fact, it’s one of the world’s oldest continuously inhabited cities. It was once the capital of Georgia. Just 20km/12mi north of the current capital Tbilisi, it lies at the junction of the Aragvi and Kura rivers. It’s a treasure for those seeking to understand Georgia.

Georgia has monasteries around every corner and on top of every hill. But the Jvari Monastery overlooking Mtskheta is one of the most important ones.

St. Nino is one of the most revered saints in the Georgian Orthodox Church. She came to Georgia preaching Christianity and converted the king to Christianity in the 4th century. According to legend, St. Nino put a large wooden cross on the site of the current day monastery (on top of a previously pagan temple) that was able to work miracles. Pilgrims came from all over the Caucuses to pray to it. A small church was built on top of the cross in the year 545 and then the current monastery was built around the year 600. Yes, it’s seriously over 1400 years old.

With Mtskheta From The Monastery 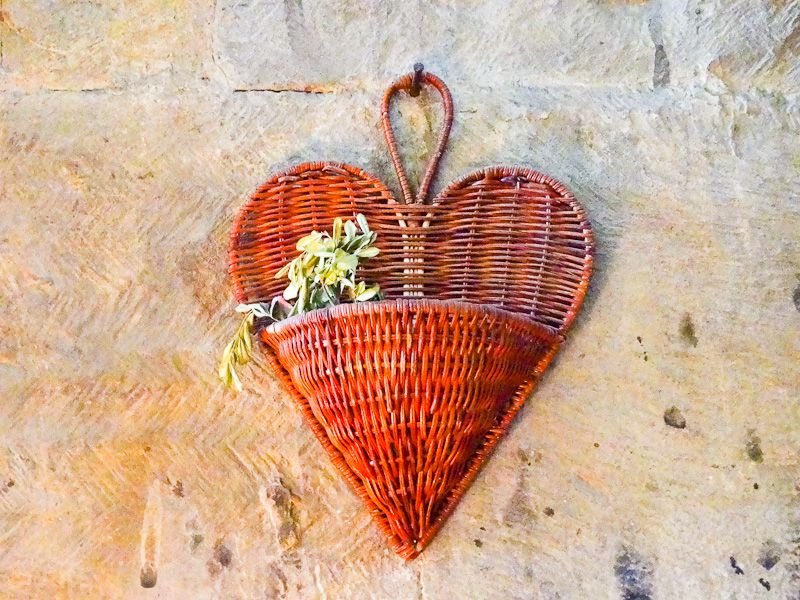 Heart And Plant Inside Church

The star of the show in Mtskheta is Svetitskhoveli Cathedral. It was the biggest church in the country until the recently built Holy Trinity Cathedral was built in Tbilisi a few years ago.

This is perhaps the most important church in all of Georgia and is one of the most venerated churches in the world because it claims to be the burial site of Jesus’s mantle (his cloak/robe).

A church was built atop the mantle in the 4th century, but this current church dates to the 11th century. Yes, it’s 1000 years old.

It has withstood invasions from Arabs, Persians, Timur, Russians, and even earthquakes. You can see the foreign influence in the graves of people buried inside the church.

Much of the facade of Mtskheta got a makeover in the past few years making it look a bit more modern while retaining its old charm. I never saw how it used to look, but I think it looks really nice the way it is. Many Georgians prefer the old look though.

Svetitskhoveli Cathedral From Inside Mtskheta

Where Jesus’s Mantle Is Buried

Grave Inside The Church Written In Georgian

Grave Written In Russian And Georgian

St. Gabriel is revered by Georgians. Born in 1929, he became a monk and actively resisted the Soviets. He was persecuted, jailed, and tortured as a result. It didn’t keep him down though. He was said to be able to answer your questions before you asked them, and had healing powers.

He is buried in Mtskheta in the yard of Samtavro Transfiguration Orthodox Church. Though he died in 1995, droves of people still visit his grave daily. I didn’t quite understand it, but it is said the oil that burns in the lamp at his grave has healing powers. People can buy the oil there and the church has received many letters saying it helped cure cancer, cerebral palsy, etc.

Many Georgians have a portrait of St. Gabriel in their homes.

While at Samtavro Transfiguration Orthodox Church there was a wedding going on. I just kind of threw myself into the mix and got to see what a Georgian wedding was like. When I first saw the bride and groom they were outside and surrounded by spectators. I asked my friend what was going on and she said the bride probably fainted. Apparently it’s common for brides to faint inside the church. It is said that if the bride doesn’t go to church very often, she faints because her impurities are being sucked out while in the church.

For some reason crowns are placed above the heads of the bride and groom. I didn’t fully understand why, but after witnessing a week-long Indian wedding, I learned some things are best left to one’s imagination.

The bride and groom walked around the priest’s chair three times, walked up onto a stage toward a door behind which the priest does his studies and turns wine into the blood of Jesus, said prayers, etc. It was an interesting ceremony. My pictures didn’t come out great, but I turned the flash off so as not to be an annoying wedding crasher 🙂

Bride And Groom Outside

Walking Around The Priest’s Chair

Prayers While Crowns Held Above Their Heads

While driving to Shiomgvime Monastery I saw an American flag waving on the side of the road. Quite random. It’s a memorial to the firemen who died on September 11, 2001. Nice.

Following a difficult road made of stones, one reaches the Shiomgvime Monastery just outside of Mtskheta. It’s a monastery with a bit of a sad story. Started in the 6th century, it flourished as Georgia’s largest monastic community with 2000 monks. Despite royal and noble patronage, the monastery went through a series of rises and falls, most notably in recent history as the Persians and Ottomans both destroyed the monastery. It was closed during the Soviet times, but is now open again.

The mountain next to the complex served as the home for the monks, with many small windows revealing the cave ventilation for the monks who once lived there. Now the monks have modern accommodation, though simple in sticking with Orthodox principles.

Georgia is a country with a rich and vibrant history. Sadly I did not get to fully explore the far reaches of this country with its incredible beauty and culture, but I got a taste of it. In sharing this one day with you and all the riches you can discover in one day here, I hope you’ll agree this is a must-see place full of wonder and amazement.

Speaking of wonder and amazement, I almost forgot to share one of the most incredible aspects of the day. I discovered two new kinds of churchkhela here – white and black. I had them both and they both rocked my world!

So Many Kinds Of Churchkhela! 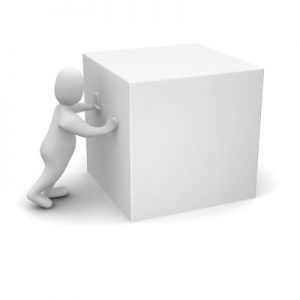 A Night Stroll And Two Birthday Parties In Tbilisi, Georgia