While in Luang Prabang, I had the pleasure of meeting up with some people who work for an amazing organization called Pencils of Promise. A friend’s girlfriend works for them and helped arrange everything.

I tagged along for a visit to some of the schools they’ve already constructed. Before the school year starts back up again, they inspect their schools to make sure everything looks ok and in good shape.

But backing up, what is PoP? It was started by a backpacker named Adam Braun who saw the need for well-built schools. The difference between PoP and other non-profits is how much they engage the local community. The schools are built by local staff and the village provides a percentage of the construction cost so they are, literally, invested in the project.

They started in Laos and have built over 65 schools in Laos, Guatemala, and Nicaragua.

But they don’t just build the schools. As I mentioned above, the trip I took with them was out to inspect the schools to make sure they are in good shape. They also supplement local curriculum with things like their SHINE program (Sanitation, Health, Identity, Nutrition, and Environment) and are now piloting a scholarship program for kids who can’t afford to go to school.

What stood out to me was that they don’t measure their success in number of schools built. They could and I’m sure by now they could have built many more schools if that were their sole objective. But their focus is on maximizing each child’s experience who is in one of their constructed schools – hence the follow-up and other post-construction care and curriculum.

We went out on a day with good weather, though it was rainy season and the roads were horribly muddy, as you can see below.

We actually almost got stuck in the road next to another vehicle. But it wasn’t just any vehicle.. it had a stinky payload..

While visiting these schools, we passed by a school marked for reconstruction. It reminded me a lot of this school I visited in Yoloaiquin, El Salvador. It was really in bad condition.

Pencils of Promise has some celebrity backers, namely Justin Bieber and Usher. In fact, one of the schools below, I can’t remember which, was built using funds donated from Usher.

The cost to build a school in Laos depends on how remote it is, but I think it was something like $10,000 for a single-room school and $15,000 for a two-room school. Again, I don’t remember exactly, but it’s less than you’d think. That means that a small donation truly goes a long way, and 100% of donations go toward their programs (0% to organizational overhead). If interested, you can donate here.

Otherwise, below is some of the amazing work Pencils of Promise does.

I don’t know. I love the story of this organization and what they do.

When the founder was traveling through India, he met a boy and asked him what he wanted most in the world. The boy replied with “a pencil.” That’s how this organization’s name came about.

Pencils of Promise builds more than schools. Through its SHINE program, for example, it gives kids necessary tools for life. Boston takes pride in having top universities like MIT and Harvard. But I got the feeling that these villages were incalculably prouder of their schools.

I truly believe that if you want to change the world you need only change your community. Pencils of Promise is the catalyst of change for many of these communities. The results can’t be “measured” today, but it’s clear that Laos’s future is brighter as a result of PoP’s fantastic work here. 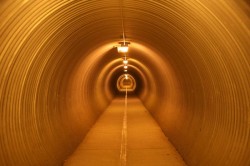 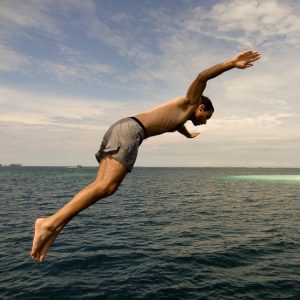 Stuck In The Mud – Landslide, Diarrhea, And A 13-Hour Delay
Scroll to top