Why are we so judgmental as a species? Seriously!

I guess it goes back to evolution. We had to quickly decide whether situations were safe, berries edible, and animals scary in an instant. Fight or flight kind of stuff.

As we’ve evolved to have missions to space and gene therapy, we haven’t evolved much when it comes to being less judgmental.

I talked about this a bit, putting people into boxes, back when I was in Peru.

In Asia I’ve gotten reacquainted with this in a much more in-your-face kind of way. The judging here seems out of control.

But no one would talk to me.

It happened time and time again. I get lost and ask for directions. Of course, I ask in English. They understand me but their reply is to start saying something, then they giggle, then they look around to see if anyone else can help me. If no one else is around, they will give me directions while keeping their voice down. If others are around, they might ask others to help me, or they’ll lower their voice even more and tell me where to go.

I finally asked someone about this in Cebu. The response – people are shy because they are afraid of making an English mistake and the other Filipinos hearing and making fun.

Yes. That’s right. And I saw it for myself. At the home I stayed at in Davao a brother was telling a story. They told him to tell it in English so I could understand. So he switched to English.

He told the story and maybe one or two sentences in, they stopped him to make fun of something he said. He didn’t make a mistake. He could have worded things better, but by all means I understood him perfectly.

They were waiting for him to make a mistake and pounce on him like vultures.

For me, it relates to being judgmental. And it’s hard for me to understand.

But this helped explain the extreme shyness I encountered in other parts of Southeast Asia. It was almost impossible to teach the kids in Laos anything with their debilitating shyness.

I guess in my case I have a similar story. I was extremely shy for most of my life, often worrying about what others would think of me. So I did my best as a kid to be as average as possible to avoid having to stand for anything and accept potential ridicule as a result.

Fast forward and I let pretty much everything hang out there now. It’s a process and I’m fortunate enough to have the opportunity to experiment with life. I can be whoever I want for a couple days in a place and then move on. But I don’t. I just be myself.. I have embraced who I am and it’s amazing what happens when you embrace, accept, and love yourself for who you are.

Oh, and it’s incredible how much stress is eliminated and brain power saved when you just live from your heart instead of from your head as it calculates ways to avoid being judged or labeled.

So, if you find yourself as I just described, or you find yourself in a homogeneous society where adherence to strict cultural norms are expected, don’t fight it. Just be yourself. You’ll be happier in the end.

As much as I talked about Asia’s judging ways in this post, there is a beautiful bright spot. Thailand is known for its acceptance of transgender people. Commonly called “ladyboys,” they are fully accepted here and treated as equals – perhaps the only place in the world where a transgender person doesn’t have to hide who they are and can still have a fair shot at life. At the Thai Buddhist Temple I stayed at, for example, there was a ladyboy student. Hard to imagine a ladyboy being accepted at most other religious institutions across the world.

Well, a friend of mine in Bangkok shared this video with me when we were talking about all this judging one evening. Take a look and see if you can figure out what’s going on. If not, I’ll explain below.

The singer is transgender. She looks like a girl, sings like a girl, certainly identifies with being a girl, but she has a man’s body.

The crowd went wild when she started singing in her manly voice. And they genuinely supported her, as you can see by the applause and people getting out of their seats to root her on and encourage her. It was a shock to everyone there, but unlike in most parts of the world, it was a shock in a positive, non-judgmental way. 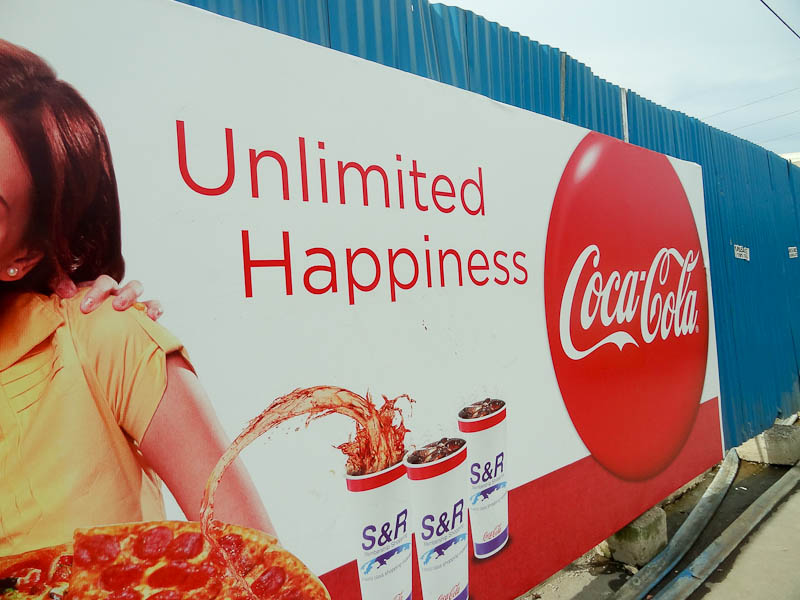 Photo Friday – The True Meaning Of Life From The Dalai Lama – McLeodganj,...

Volunteering At A Mother Teresa Home For Sick Children In Davao, Philippine...
Scroll to top