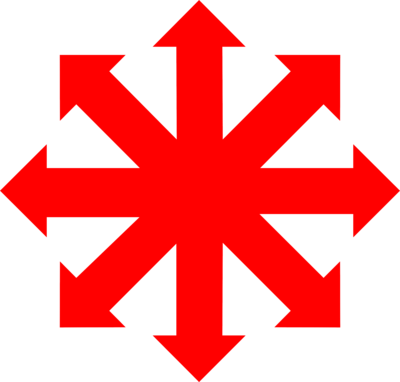 The Happy Nomad Tour has never had as much uncertainty as it has at the present moment as I write this post.

Below is the Indian flag. I feel just like it…

See the wheel on the inside? I feel like I’m in the middle of the wheel not sure which spoke to travel down. I don’t know where I’m going!

To be clear, I’m perfectly ok with being in the middle of that wheel. I’m comfortable with the uncertainty. But never on the trip has the near future been so uncertain, perhaps only when I was waiting to find out if I got the Indian visa.

Here are the elements of uncertainty at the moment:

So, those are three different directions things go move in. Since I only have a double entry Indian visa, I’d have to combine #1 and #2 if I do them both, and then return to India that way, perhaps even combining all three in a UAE-Singapore-Bhutan journey before returning to India.

But should I return to India?

To be honest, I feel like I’m at the halfway point in my trip and I kind of feel like taking a break. Truth be told, if none of the three things above end up happening, I’ll stay in India. But otherwise, I’ve been toying with the idea of spending the 2.5 months between the potential speech in Singapore and a scheduled speech in Madrid, Spain focused on working.

What does working mean?

I want to start writing a book. It’d be possible to write a book on the road, but I don’t have the clarity and peace of mind I would otherwise have in a stable place. I also want to start working on presentations and case studies I could use to sell to universities and business schools.

Apart from being halfway through my trip, I’m also about halfway through my savings. I need to start dusting off the lessons learned in business school and figure out how to make some money to keep the plunge going. I hate dedicating any resources to that, but efforts like writing a book and giving speeches also helps me spread my ideas about life and taking the plunge – a win-win situation.

Part of being a nomad is being flexible and rolling with the punches. That’s how I roll, even if it’s not ideal sometimes. I guess for people with more “normal” lives such uncertainty is a constant. The most important thing is attitude, and mine is positive!

What Skill Can’t You Find In LinkedIn?

Dharamsala, India – The Dalai Lama’s Home Away From Home
7 replies

A Weekend At The Golden Temple