Oh Hungary. Such mixed opinions about this place. It’s home to two of my favorite people, but the Hungarian Post left a permanent sour taste in my mouth. After spending a month in Debrecen, Hungary’s second biggest city, waiting for my camera to be delivered, I finally cut my losses and bought a new one so I could move on.

My next stop would be Kosice, Slovakia. I was really excited to move on!

Unexpectedly, right before leaving a friend of mine from business school said she’d arrive in Hungary the day before I was set to leave. We met in Debrecen and it was truly lovely. The only bad thing was that her flight was late, she arrived at midnight, and my train was at 6:50am the following morning.

But, no problem. I caught my train. I had to make a change in Hungary’s third biggest city, Miskolc. I only had eight minutes to make my connection. If everything was on time, I am sure I could make the connection in only one or two minutes.

Everything seemed like it was going well, but then we stopped at a station for what seemed like forever. The train was then delayed 15 minutes. The train had wifi, so I could see that the train I was to catch was also delayed. But it was only delayed a few minutes. In other words, I arrived in Miskolc after my connection already departed for Slovakia. 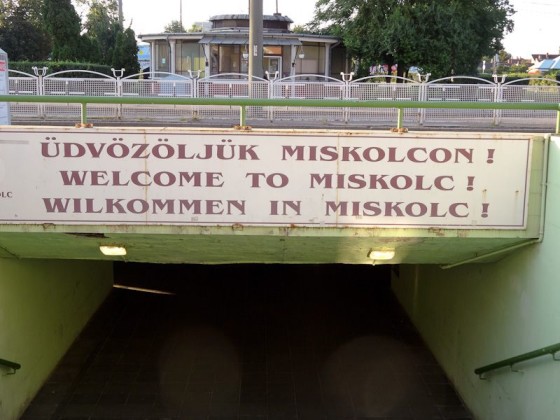 Unfortunately there are no buses going to Kosice and the train only runs every 12 hours. So yes, by missing the train by a couple of minutes I had a 12 hour wait to contend with.

I knew this might happen so I even had some information on my computer ready for Miskolc in case this happened. I knew I could store my suitcase for free at the train station, I had the location of the tourist information office saved in Google Maps, etc. I was prepared and although this delay wasn’t ideal, it could have been worse.

I walked around the city, which I liked more than Debrecen, and just chilled out. I was tired.

Miskoc is home to a famous Hungarian bath/spa, and maybe that would have been a better option on such a hot day. But what can I say? I wanted to see the sites in town.

The most interesting thing to see, in my opinion, is a wooden church near the center of town. It was built in 1724 out of wood, as you may have imagined. It was quite beautiful and became the symbol of the city. A man named Istvan Bato left a lot of money to the church stating that “As long as there are Protestants in Miskolc, this wooden church should be kept in good condition… should it burn down, it should be rebuilt of wood.” In 1937 the church became too costly to repair and maintain so it was decided to build a new one with wood shipped in from Transylvania. Construction on the new church was finished a year later.

Sadly, in 1997 an arsonist set the church on fire and destroyed it. The city was devastated and people across Hungary pitched in to rebuild the church. In 1999 an essentially identical church was rebuilt. Despite the church’s tumultuous past, it’s undeniably beautiful despite being difficult to photograph from afar.

For some reason gyros are very popular in Miskolc. They were literally everywhere. I entered one gyro establishment and when I said I didn’t speak Hungarian they asked if I spoke French. No. So then they asked for Spanish thinking I must come from the Mediterranean somewhere. I said yes and we started talking. They were Algerian and although I understood them, they were really speaking French with a Spanish accent 🙂 Due to my time in the Middle East I know some Arabic phrases. They were dazzled to hear this American guy who speaks Spanish say some phrases in the language of their homeland. It was nice.

At the end of the day I caught the train to Kosice. I met some Dutch students at the train station. They were on the same train as me in the morning and spent the day at the spa. We had a really nice conversation about happiness and life. One of them gave me a Lonely Planet pocket phrase book about the Ukrainian language. When I left Kosice I had a three hour bus ride to Ozhgorod, Ukraine and then a five hour bus ride to Lviv, Ukraine. During these two bus rides I learned how to read the Cyrillic alphabet and it made my time in Ukraine all the more enriching (and easier) to be able to read what I saw. So, thanks again Stijn and Martin!

Below are some more pictures of Miskolc.

The Main Street In The Morning 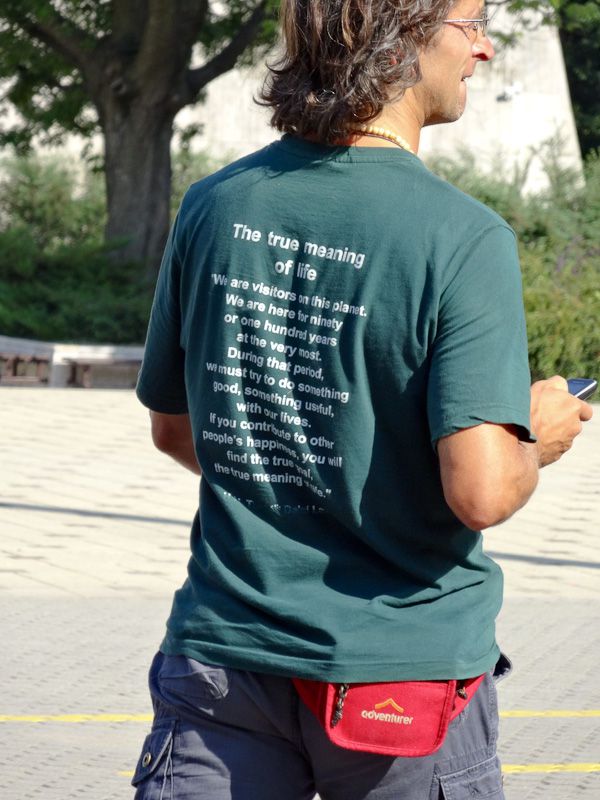 I Guess It Was Destiny To End Up Here 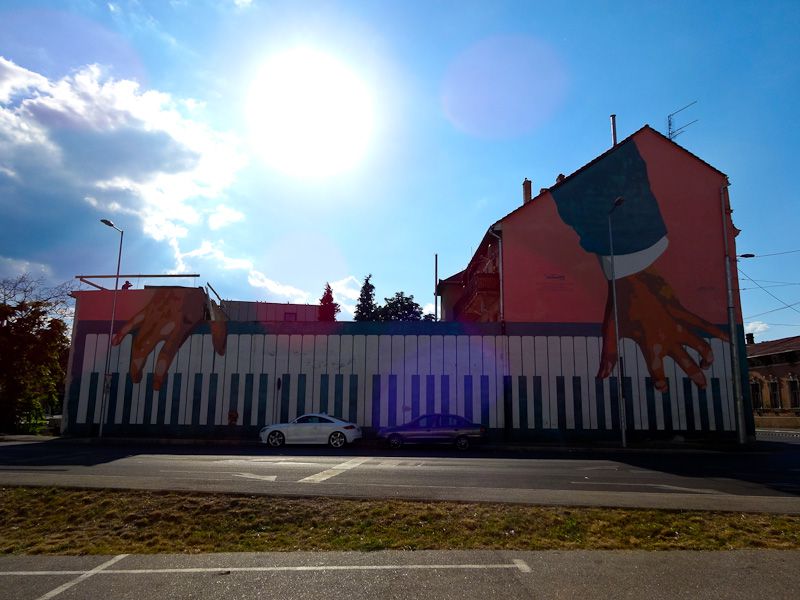 Beautiful Art – Too Bad The Other Side Is Missing

A Garden That Doubles As A Hard To Read Clock 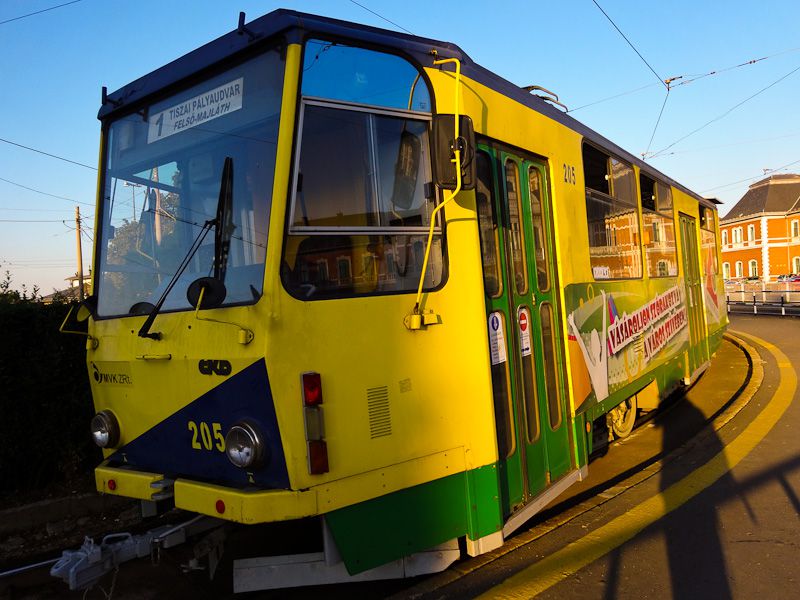 Martin, Stijn, And I

Kosice – Slovakia’s Gateway To The East
Scroll to top