It wasn’t my goal to spend Christmas in Burundi. But I found a free ticket using my frequent flier miles from Hargeisa, Somalia (Somaliland) to Bujumbura, Burundi on December 23rd, 2013. Burundi seemed as good a place as any to spend Christmas, so why not?

I would arrive on December 24th due to an overnight layover in Addis Ababa, Ethiopia. I had expected to sleep overnight in the airport, not wanting to spend another $20 for a visa, $20 for taxis, and $10 for a hotel room.

This Christmas was a time of high highs and low lows, perhaps similar to the Christmas experience for many people under more normal, familiar circumstances.

Upon checking in at the airport in Hargeisa, I had a huge shock. No, it wasn’t that I was checking in for a flight and the gate agents had no computers and wrote the baggage tag by hand. I was presented with a hotel voucher. Ethiopian Airlines, apparently, automatically gives people a free hotel night + transport to/from the hotel + food + free transit visa for all passengers who have overnight layovers. Given that I got this ticket using my frequent flier miles and was planning to sleep in the airport that night, it was a huge, unexpected positive!

Everything went smoothly in Hargeisa and shortly I arrived in Addis Ababa. I wasn’t sure if my bag was checked all the way to Bujumbura or if I’d have to collect it in the Addis Ababa, Ethiopia airport. It didn’t show up on the belt and I confirmed with the baggage people that it was tagged all the way to Bujumbura. I wouldn’t be able to brush my teeth, but I could live with that.

Then the waiting began. I ended up waiting for two hours for the airport shuttle to take me to the hotel. My tiredness caused me this delay. I was very tired, realizing that a cold was sneaking up on me and I felt truly exhausted. I knew I should have been more proactive, seeking out someone from Ethiopian Airlines to see what was going on. I did ask around, but everyone told me to sit down and wait since the shuttle service wasn’t their responsibility. In the end, 90 minutes into my wait, I did that and 30 minutes later I was on my way. The shuttle driver for my hotel was sitting outside in his van the whole time, not realizing that I was waiting there. Oh well.

The next day I returned to the airport for my flight. I was the last person to get on the plane. I arrived at the airport 3 hours before my flight, but I sat down to rest and then the line to go through security (for the second time in the airport that morning) was horribly slow. So by the time I got to the gate, I was the last passenger and the bus took me to the plane alone. I was lucky it all worked out.

I flew to Kigali, Rwanda, they dropped off people and refueled, then flew another 25 minutes to Bujumbura, Burundi. I got my 3-day transit visa at the airport for $40 and waited for my bag..and waited.. and waited. It never arrived.

I filled out the lost bag information and wasn’t happy to learn that they don’t deliver your bag to where you stay. You have to come back to the airport, which would require $40 for a roundtrip taxi. Not much I could do. The other concern was that my visa was for 3 days/2 nights. It was Tuesday December 24th and I had to be on my way to Rwanda by Thursday December 26th (when the picture above was taken). My original plan was to arrive and buy my bus ticket to go to Rwanda to be sure everything works out, but Ethiopian Airlines couldn’t guarantee my bag would arrive the next day.

For accommodation in Bujumbura I sent some couchsurfing requests and all but one were rejected. I think all the people I wrote were expats and all were leaving for Christmas. But one request was accepted by a lovely host named Carole. She said I could stay there even though she would be at home with her family in Kenya.

She gave me a set of instructions. I was to take a taxi from the airport to her university and then from there call a taxi guy she uses to take me to her place. At the airport I realized how crazy expensive taxis were, plus I didn’t have my suitcase weighing me down, so I decided to just go to the center of town instead. Bad decision.

From the center it was only 2mi/3km to walk to Carole’s place, so that’s what I did. In her instructions she mentioned a watchman/guard who had her key. I assumed he was at her house or housing compound. I arrived and found the gate padlocked. Knocks got me nowhere, so I called the guy that was supposed to have the key. He didn’t answer. Then I called Carole’s houseboy, Celestine. He tends to the garden, cleans the house, etc. He came about 30 minutes after I called him, but he only had a key for the gate.

I had to call Carole in Kenya. I found out that I misread the instructions. She told me to go to the university because she left the key there for me. I called Carole’s taxi driver and he said he’d come, but the quality of the connection was horrible. I waited an hour and then I decided Celestine and I would get a taxi from the street and go.

Waiting At The University For The Key

We arrived and waited a few minutes. It was Christmas Eve and the guard who had the key was at home with his family. I felt really badly that he had to come to give me the keys. I paid for his taxi to and from the university, but he took a different taxi home. The taxi driver he came with shocked me by speaking English extremely well in this Francophone country. He gave Celestine and me a ride home. His name is Mr. Love and I’d use his taxi the following day to go to/from the airport and then the day after to go to the bus station to leave Burundi. He spoke English so well because he’s from Kenya 🙂

I got the keys and was able to enter Carole’s wonderful house. I felt horrible that I had to keep on sending her messages and stuff. She was awesome though. Her instructions weren’t perfectly clear, but I place no blame on her for the fiasco. I should have read more carefully and understood better.

Unfortunately, my cold seemed to get worse as the day went on. I was dead tired by the time I got inside the house. I bought some mangoes on the way home and Mr. Love helped me negotiate to get a good price. I had two mangoes for dinner and they were incredible 🙂

The following morning I awoke to some really nice music being played by the neighbor. It was beautiful Christmas music. I did some sightseeing, went to a café and got some work done, and called my parents in the afternoon.

Getting My (Broken Into) Bag Back

I called Ethiopian Airlines at 3pm as instructed and they told me my bag was there. It took an hour inside the airport to get my bag. The fantastic inefficiency and lack of caring on the part of the employees left me a bit unnerved. I had a bit of an argument with the employees as they wanted to keep the claim paper I had. It was the only proof that my bag was lost. I wasn’t sure, but I thought the travel insurance I have covered me for lost bags so I needed to keep some kind of receipt as proof.

Things were a bit of a mess inside my bag, but it seemed reasonable. I talked to my mom later that day and she asked if anything was stolen. I said I had nothing of value inside to be stolen. The only thing of value was the foreign currency I had in my fake wallet. I keep a couple bills from each place I visit in support of my dad’s foreign currency collection. I opened the wallet and sure enough all the money was gone. It couldn’t have amounted to more than $10, but there were many bills from many different countries.

The theft either took place in the airport in Somalia, Ethiopia (most likely), Rwanda, or Burundi. I don’t know what the thieves think they can do with Lebanese Lira or Jordanian Dinars or Israeli Shekels there. They will never be able to exchange them. So it was not only violating to know that someone went through my stuff, but frustrating that they stole something they have no use for.

How could the thieves break into my locked bag, you may ask? Just watch this video below.

Some German couchsurfers who live in Rwanda contacted Carole to see if they could surf her couch the same days as me. She asked me if I wanted company and I said of course I do! I met up with them on Christmas and we had some coffee. They had a plan of going to the beach and I was waiting to find out if my bag had made it. They invited me to go back with them and invited me to stay with them for a night in the rural town they live in. Nice!

With Martin And Jonas

After I got my bag I bought bus tickets for all of us to go back, but in the end they didn’t stay with me in Carole’s place. They had a bad experience in a taxi, hadn’t eaten anything, and preferred to stay in the center that night. Still, it was nice to hang out. Martin, one of the Germans, has bicycled through many, many countries and has some incredible stories! For the past year he has worked toward setting up a community center in rural Rwanda.

So, as I said, it was a Christmas full of extreme highs and lows. The highs included Carole’s incredible kindness to let me stay in her place while she’s away even though we’ve never met, getting my bag back and being able to brush my teeth, meeting the Germans and not being alone on Christmas, having no trouble buying bus tickets to Rwanda for the 26th, not overstaying my Burundi visa, eating some amazing mangoes, and the cold not being as bad as I thought it would be.

The lows were quite low as well, like the long wait at the Addis Ababa airport for no reason, battling a cold and dealing with illness for the third time in the past 30 days, the key fiasco, the wasted $40 for having to go to/from the airport to get my bag, and my bag being broken into and my dad’s money collection being stolen.

A Love Letter To Halloumi Cheese 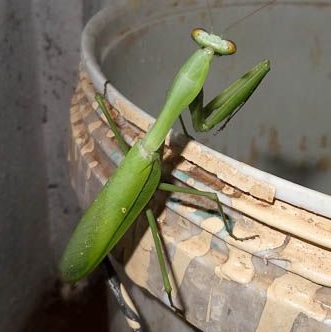 Bugs In The Laotian Countryside
2 replies

Umuganda – Cleaning Up Rwanda And Building Communities
Scroll to top