I went to Sua to spend time with Jennifer, the awesome Peace Corps Volunteer who went above and beyond the call of duty to ensure I had a good time in what she calls the BPE – Best Pais (Country) Ever. She helped put me in touch with the Tsachilas for my awesome time with them and has helped me with other things here in Ecuador.

Below are some pictures of this beautiful part of Ecuador and some of the things I experienced for the first time like ceviche and an interesting motorcycle taxi.

Atacames – At The Beach

Atacames – Seashells On The Beach

Atacames – The Beach On The Ecuadoran Coast

Jennifer’s volunteering assignment is at an orphanage. The orphanage is called The Aldea/The Village. There are about 10 kids per house and there are 13 houses full of kids of all ages. Each house has a “mom” who takes care of them, then there are “aunts” who help the moms and keep things running in the houses. It’s really well-run and the goal is to provide the kids with a family environment.

I intended to volunteer there, but now is the least busy time of the year. The kids are on summer vacation and many weren’t there. Many kids come from broken homes, but for one month a year most kids go back to their homes to spend time with their parent(s). I was there during this month.

The Peace Corps In One Picture

Jennifer’s role is to create events and help the children develop. For example, my first day there she took the older kids to a workshop on entrepreneurship and how to create a business. It was canceled the rest of the time I was there, but it’s an example of the kinds of things she does.

Since she doesn’t work for the orphanage, she’s kind of a neutral third-party. On my last day in Sua she accompanied a teenage boy to his home, which was a difficult process.

She has also taken kids camping, she started a “green club” and she’s teaching the kids how to make jewelry from garbage (plastic bags, wrappers, etc.). Extremely cool.

This being the second orphanage I’ve visited, I think the biggest thing you can offer an orphanage as a visitor is a smile, positivity, and affection. When I was there, many kids would walk up to me and give me a hug. At first I thought maybe they wanted my affection, but maybe the kids are the ones full of love trying to give me some affection.

I spent more time at one of the houses. My skin was still painted like the Tsachilas. I was very impressed that they recognized they were the markings of the Tsachilas and they asked me about my experience with them.

We had a nice conversation about a variety of things and one of the girls asked me if I had a family. It’s not a typical question. So I said I had a mom and a dad and a brother. But I spun it around a bit to show how awesome it would have been to have so many brothers and sisters like they have, and over 100 cousins (from the other houses). I don’t know if it worked, but I did my best. It’s very hard to relate and put myself in their shoes. I’m very lucky…

Below, some pictures and a video of some girls dancing samba. 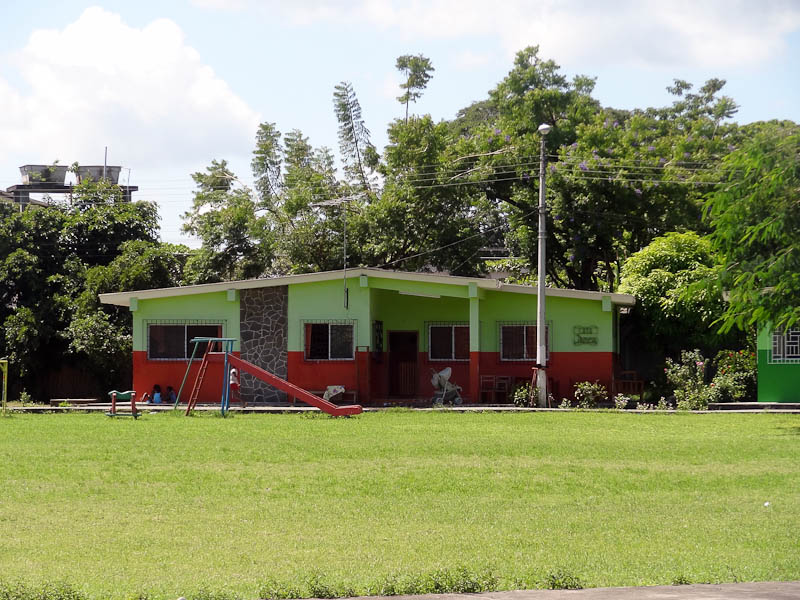 A House In The Aldea

Each House Has A Name

Kids Studying In A House 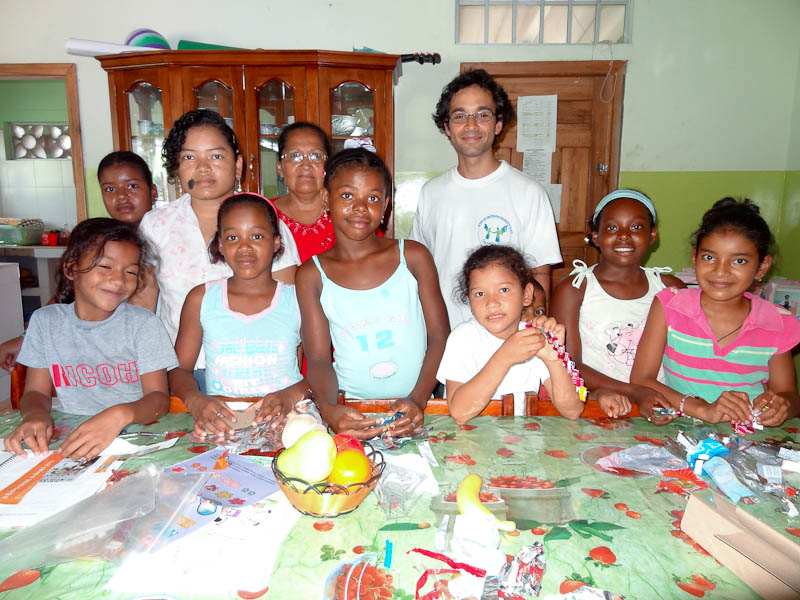 With A House Of Kids

With Some Of The Kids

Another day we visited another Peace Corps Volunteer, Jessica, in Muisne. They were finishing up a summer camp and the kids had a performance. It sounds too good to be true, but when Jennifer and I arrived by taxi we could hear the kids singing We Are The World.

We watched the kids perform, they handed out awards, and then the kids would spend a month relaxing before school starts again.

We had a nice, three hour lunch with Jessica and then headed back to Sua.

One night we went to Esmeraldas to see a “concert spectacular.” But when we got there, we quickly realized it was a rehearsal. The performance would be the following day.

There were groups performing rock and rap, a girl who sings pop, and a drumming group. All very cool.

I’m not sure how it happened or if something was lost in translation, but it was cool nevertheless.

Below are some videos.

Otherwise, my time in Sua was quite relaxing. Jennifer lives right on the beach. I’m not a beach person, but I recognized that for many people this is a dream come true :).

I got a lot of things done as my planning buffer quickly shrunk to less than a week. Now I’ve caught up a bit and feel more comfortable.

When Jennifer and I parted ways at the bus station, I told her that I’m completely content being single and traveling solo. But it would be really nice to have what they have too. Just a totally cute couple who have fun and laugh every day.

Jennifer also takes Spanglish to a new level, which I admire and enjoy since I understand it perfectly. But it made for lots of funny sentences. And ya, just the way Jennifer and Chad talk in general had me laughing all the time.

Beautiful. Sadly, I don’t have any pictures of them together! 🙁

In the end, another great experience even if it didn’t turn out the way I expected. There was less volunteering than I expected, but way more fun. And that’s ok 🙂

Thanks again, Jennifer and Chad!

Volunteering At A Nursing Home In Leon, Mexico